Finally! Teams in the top 10 are being threatened this week. Off how Boise will get punished for a weak schedule immediately, but other programs ranked highly don't even get a mention about it all through September. There will be some great games, and unfortunately some right along side Boise State's game against NMSU. It's finally time to cheer for some upset! I've been overloading things a bit recently, so I'm going to go back to just 5 games to watch, and then note some others.

Well, we're college football junkies. So even though this game has no place in the lives of Bronco fans, you can keep it on in the background while playing Legos with your kids .. or roommates. After all, how long has it been since you've played with Legos? This game is not worthy of a prediction. 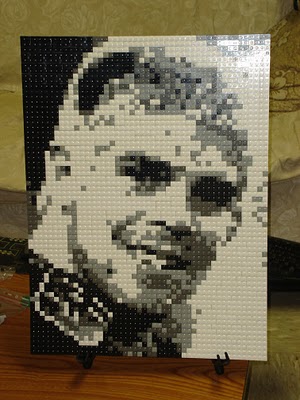 A lesson for us all: Don't let man-crushes go too far. via 2.bp.blogspot.com

Want to know how far BYU has fallen? Vegas has them only favored by 5 ("This is me laughing." /crack egg on my head "This is me laughing with egg on my head"). Just when we thought Utah State was going to be good this year, they reverted back to who we thought they were, losing to San Diego State 41-7. BYU is still reeling, however, and Utah State likes to play BYU close ...well, until being blown out in the latter quarters. This game is in Logan, so I expect a Utah State basketball-like crowd. Not only are they playing against in-state rival BYU, but their fans might actually believe they can win this one. I never thought I'd say this, but, "Go Aggies!" Sadly, I just can't bring myself to pick Utah State to win. I better get used to this love affair between BYU/ESPN. BYU 28 - USU 17

Upset watch. The Zooker unleashed the Juice on Ohio State a few years back and defeated the Buckeyes with their spread offense. Update: Juice Williams is no longer with them. tOSU 35 - Ill 13

Bonus watch. If you're tired of watching the The Ohio State game, find this on PPV or the internet. The 2008 game comes to mind when I see it being played back in Fort Collins. TCU only took the lead 13-7 with 6:52 left in the first half. Then nothing happened the rest of the game. I'm smelling another gritty one. TCU 16 - CSU 13

1:30 PM - ABC* - No. 21 Texas vs. No. 8 Oklahoma This game gives me heartburn just thinking about it. Don't get me started on the Big 12. An Oklahoma win and they did what they're supposed to do. A Texas win and they just slipped up last week but still play great football. I lose no matter what happens in this game. OU 35 - Texas 24

DVR this! This should be a good game to watch if you can't find the Boise State game anywhere, or DVR it to watch after the game and skip through Wall Street commercials (you can thank me later, JHabes). Oregon has POINTS! POINTS! POINTS! If you want 'em, we got 'em! ...Ok, the farce is up. Playing against defenses ranked 120th, 82nd, FCS last 124th , and 63rd on their schedule respectively helps. Oregon gave up 597 yards of offense (a balanced 387 passing, 210 rushing) and 31 first downs to Arizona State. Guess what? Total defense of Stanford ... ranked 12th. if any of you are smelling vitory for Ducks, you're smelling the wrong end of them. Trees 45 - Ducks 23

Other notable games to watch:

I'd now like to put you in a moral dilemma.  On college Football Live yesterday, they asked the question, "If Oregon were to win against Stanford on Saturday, would you rank them above Boise State?"  Idiot Skip Bayless actually made me like him for 2 seconds when he said No.  Craig James made me puke, then when I heard he already had Oregon above Boise State because of their "impressive" win against Tennessee, I puked again.  Then Trevor Matich also said No because Oregon's resume, even with a win over Stanford, is still not impressive enough to down rank Boise.  Sadly, I don't think the rest of the media/coaches would agree with him.  They like "What have you done for me now" scenarios and won't be impressed with a 72 point win over New Mexico State (who is playing slightly better than New Mexico).
So, how about you?  Would you sin against Kellen and vote them above Boise State?

If #4 Oregon defeats #9 Stanford, would you rank them above #3 Boise State?