As I type, Bronco Nation is making the long trek to our nation's capital for a Labor Day tussle against Virginia Tech. Tech has a long and storied history and will present a huge challenge for the Broncos right out of the gate. Most Bronco fans don't know much about the Hokies outside of Beamer Ball and the Vick convicts brothers—so won't you join me in learning a few largely irrelevant things about Virginia Tech? Stats and analysis can wait til tomorrow. It's that time again...time to know your enemy!

10) Tech played their first season of football in 1892 with Professor Ellison A. Smyth serving as head coach. The exciting two-game season saw them play Saint Albans on two consecutive weekends, winning the first 14-10 and dropping the second 12-0. The epic inaugural season of football at Tech was memorialized in the recent documentary  Watching Paint Dry: Two Consecutive Weekends that Changed the Sporting World.

9) The land that Virginia Tech stands on was originally purchased with federal funds that were available because of the Morrill Land-Grant Colleges Act. The author of the Morrill Land-Grant Act, Vermont Senator Justin Smith Morrill's other claim to fame? The Morill Anti-Bigamy Act of 1862. So, without Senator Justin Smith Morrill we could all have had two wives and the University of Idaho wouldn't exist. Thanks a lot, jerk. That "two wives" bit was just a joke, honey...alright, I'll fold out the hide-a-bed. 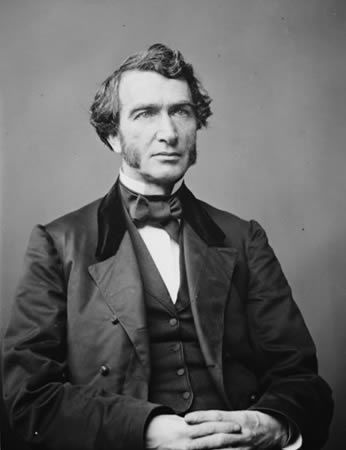 "Give me that sweet, sweet land. Oh...and your wives."

8) Virginia Tech (neé VPI's) sports teams were originally known as the "Fighting Gobblers" until an intrepid student named O.M. Stull penned a masterful spirit yell as part of an ongoing contest (to come up with a spirit yell, of all things). Stull's stroke of genius—or real stroke, as it may have been—led him to submit the following, and I quote:

Well, Stull won the contest (and pocketed 5 bucks), possibly because people were intimidated by someone yelling gibberish at them. Somehow the cheer caught on, an "e" was added, and the team's been known as the "Hokies" ever since.

7) The Hokies have played their home games at Lane Stadium since 1965. The stadium started out as a modest 35,000 seat venue, but has slowly been upgraded and improved upon over the years to reach it's current capacity of 66,233. Lane Stadium is named after Edward Hudson Lane, a VPI grad who went on to become a cedar chest magnate (no, seriously). Rumor has it, the tech locker room is still stocked with the finest Lane cedar chests to keep the jock straps smelling oh-so-sweet.

Prior to the construction of Lane Stadium, the team called tiny 17,000 seat Miles Stadium home. That stadium, which had stood since 1926, was named for Clarence "Sally" Miles who had been the former director of athletics, athletic manager, professor, and college dean. With a nickname like "Sally", you can rest assured that Miles was also one tough customer.

6) Before home games, the Hokies are led to the field by the Virginia Tech Regimental Band, the military marching band unit of the Virginia Tech Corps of Cadets. The unit has an illustrious history, having served during the Spanish-American War and also marched in the inaugural parades of at least 9 U.S. presidents. Despite the band's awesome reputation, they have a decidedly non-awesome nickname...the Highty-Tighties. 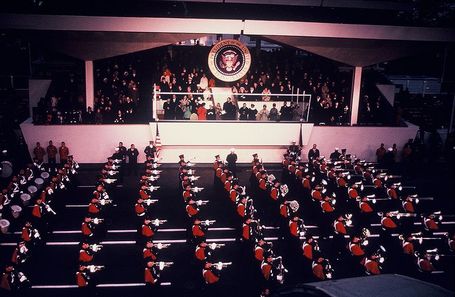 5) Since 1892, Tech has had only six coaches exit with a losing record...Old Professor Smyth led the charge in 1892-93, going 1-3 (curse you, Saint Albans), but after that, it was nearly 30 years until another Hokie coach fled in shame—the coach of the 1920 squad, Stanley B. Sutton. Sutton went a not-too-horrible 4-6 in his one season at the helm and even outscored his opponents 171-111 on the year. After his departure, Sutton never coached again, but did go on to found Camp Wallawhatoola in Millboro Springs, VA. Sutton set the bar sufficiently low for the next 25 years until Henry McEver took the helm and led the squad to a 2-6 record. McEver had a pretty good excuse for his ineptitude...he was the school's baseball coach. McEver's baseball background still lent him more credibility than his predecessor, Robert C. McNeish, who won just one game in his 3-year tenure. McNeish would be the last truly pathetic coach the Hokies would muster, as it wasn't until the early 70s that Tech fielded any more hapless coaches. But even the dynamic duo of Charlie Coffey and Jimmie Sharpe couldn't come close to matching the overall craptasticness of Robert C. McNeish. Don't feel too bad for McNeish though, before taking the reins as the Tech headman, he played halfback for USC and won two national championships.

4) On November 22, 1919, Tech went all Georgia Tech-Cumberland on nearby Emory & Henry College...winning the game 99-0. Coach Charles Bemier's squad had lost 0-3 the week prior, but somehow summoned the fortitude to mercilessly defile Emory & Henry on that cold autumn day. A statue was later erected on Tech's campus called "Spirit of Sportsmanship". The statue depicts the victorious Tech coach, Charles Bemier, with his foot on the neck of a downed Emory & Henry College player and features this inscription: "It shoulda been a hundred..."

3) Ok, I know some of you are wondering...so here goes: The extensive face and neck scarring that Coach Frank Beamer displays is due to a freak childhood accident. When Beamer was just 7 years-old, he was using a broom to help keep a pile of burning trash in place. When he returned the broom to the garage, the still-smoldering bristles ignited a can of gasoline that subsequently exploded and burned him on the right side of his neck, chest and his shoulders. I don't really have anything humorous to add to this one—that really must've sucked. Bonus fact: Beamer's only had 4 losing seasons in his 23 years as Hokie head-man.

2) By far my favorite Virginia Tech coach of all time? Henry B. "Puss" Redd. Redd was the Tech coach between 1932 and 1940. How'd he get the unfortunate nickname, you ask? He could only muster a measly 70 points against Emory & Henry.

1) In Blacksburg, Virginia...the home of Virginia Tech, frontiersman Daniel Boone still has a pending arrest warrant for unpaid bills. You hear that, Daniel? It still isn't safe to go back...better lay low a little while longer.

Now you know. Knowing is half the battle.