Interview with an Aggie: Five questions and a blog bet with Bleed Crimson

Share All sharing options for: Interview with an Aggie: Five questions and a blog bet with Bleed Crimson

Sam Wasson, blogger of record at Aggie site Bleed Crimson, gave me some answers to his Saturday hopes and fears, New Mexico State's season to date, and why he wouldn't take Kellen Moore if he could have him. Continue reading for Sam's answers and your chance to sound off.

New Mexico State fans have it good with Sam's Bleed Crimson website. It is a blog that other blogs dream of growing up to be someday. Check it out this week for everything NMSU-related prior to Saturday's game.

1. Describe your team's season to date in 100 words or less. "Pants" must be one of those words.

It's been a tough start to the 2010 season. It's been a complete reversal of the 2009 season, this year the offense is okay (not great by any means, but much better than the trainwreck last year) and the defense has struggled.  Coach Walker has been pretty forthcoming about the struggles on defense, acknowledging the lack of a pass rush and lack of creation of turnovers as two of the biggest problems. Even though the team's lost three games in a row to start this season and he's seen the defense struggle mightily, at least he's kept his pants on during halftime of every game, which gives him a leg up on San Francisco 49ers head coach Mike Singletary (waiting for the next Singletary meltdown in 5...4...3...2...1...)

Boise State would probably love to have Davon House in the secondary. He's probably the best player on the Aggie team, the best corner the Aggies have had in forever, and the only Aggie to earn a preseason All-WAC pick. While he's obviously not quite as good as Kyle Wilson was, I think BSU would let him play for their team.

Are you sure we can't take your whole team? Maybe your second stringers then? All kidding aside, while most people would probably say Kellen Moore, Titus Young, or Austin Pettis, we've got a serviceable quarterback in Matt Christian and Marcus Allen has turned out to be a good receiver (as has Todd Lee) and we've got a couple good running backs in Seth Smith and Kenny Turner (although the stats don't bear that out right now) so I'm going to go with defensive end Shea McClellin. Why? He's got three sacks, 4.5 tackles for a loss, a fumble recovery and one quarterback hurry. The Aggies are having problems pressuring the quarterback right now and he could probably help with that.

I'd say right now the Ron Franklin of our team has been pass protection by the offensive line. They've yet to allow a sack this season, which is something I hope they can still say after the Boise State game.  Also, the offense has only turned the ball over once, a fourth quarter interception at UTEP when the game was already out of reach.

One key to certain defeat: Usually I'd say losing the turnover battle. Unfortunately, the Aggies have turned the ball over just twice in three games and have still lost by 20+ each time, so I'll go with giving up big plays. It's something that has plagued them in each and every game.

5. On a scale of boy bands, with O*Town being not at all and N*Sync being supremely, how confident are you that your team will win on Saturday?

I'm a pretty optimistic person, but my confidence for winning this game is squarely on the O*Town side of things. 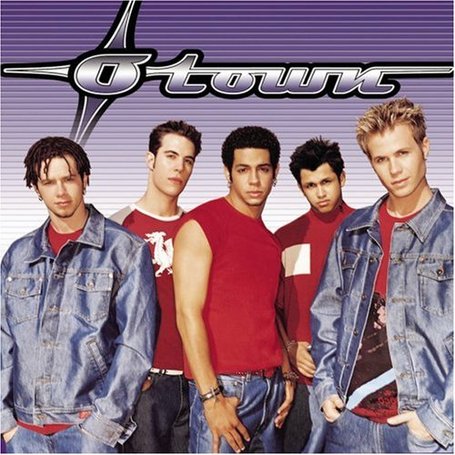 OBNUG and Bleed Crimson are in it to win it this weekend, with the winning team's blog getting a free post on the losing team's blog. Many thanks to Sam for always being a willing betting partner and for never asking us to wager anything on NMSU vs. BSU basketball games.

If you are new to this blog bet business, you may want to start off with a bet we won against Oregon a couple years back. Oregon State's blog bet win should be posted at Building the Dam shortly.

Good luck to Bleed Crimson and the Aggies, and I do not mean that at all.