BIFFF on Boise State versus Wyoming

Share All sharing options for: BIFFF on Boise State versus Wyoming

Anyone watching the Boise State - Wyoming game (apologies, CableOne subscribers) could see that the Bronco defense was ridiculously dominant. But how ridiculously dominant? And Kellen Moore sure put up some gaudy yardage numbers against the Cowboys. But why and to what extent?

These are questions that BIFFF can help with thanks to an advanced stats look at Boise State football. From yards after catch to negative plays, enjoy BIFFF's findings after the jump.

ESPN's box score is nice and all, but can it tell you stuff you didn't even know you wanted to know? No.

The five most interesting stats from Boise State versus Wyoming 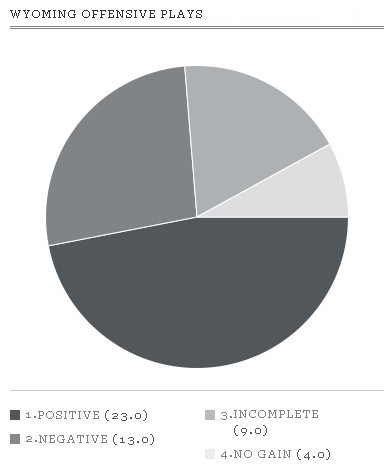 Wyoming's negative yardage would have led the team in receiving

How often and far did Wyoming go backwards on Saturday? The Cowboys had 17 plays that went for zero or negative yardage. Wyoming lost 78 yards on those plays. When you factor in that Wyoming also had nine incompletions, that makes for 26 plays from scrimmage that did not gain any yards. For those of you keeping track at home, that is more than half of the team's total plays.

Remember how Wyoming was not so good at tackling going into Saturday? Well, Boise State was just as good at running away from tacklers. Bronco receivers recorded 180 yards after the catch.

Even though Bronco receivers had buku yards after the catch on Saturday, they did not have them on Kellen Moore TD tosses. Austin Pettis only had 10 yards to go after hauling in his TD catch, and Titus Young caught his in the end zone. Arm strength Exhibit A. 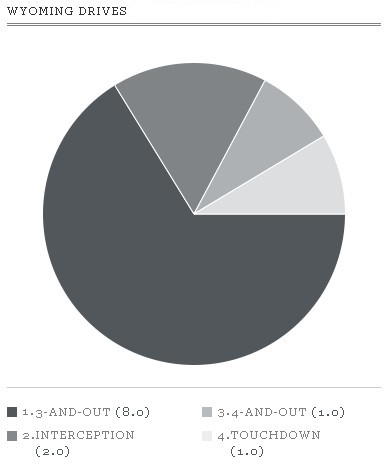 Only three Wyoming drives included a first down

Eight of Wyoming's 12 drives ended in 3-and-outs. A ninth made it to fourth down where BSU got the stop. I really have nothing more to add to that. Except this: The other three drives went interception, interception, touchdown. 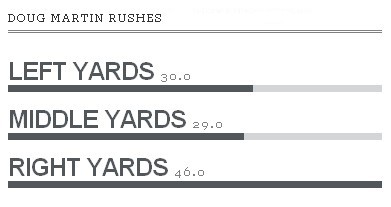 Take that for what it's worth, which might not be much. Martin's 17 carries were split pretty evenly among left, middle, and right, and he just so happened to get 16 more yards running behind Will Lawrence and Matt Slater.