Hard to believe, but there's less than a week til the Broncos storm the Capital to take on the Hokies. As you may remember, 95 days ago I started the Herculean task of counting down a different roster spot for each remaining day until kickoff. So far this year, we've batted a thousand, and luckily for my carpal tunnels...we're almost done.

We've got just 4 days until kickoff...but this one got a bit convoluted with the roster numbers, so I've just picked a random player that has yet to be highlighted—Carlo Audagnotti

Before the number police jump all over me...yes, I am aware that Jerrell Gavins will be wearing #4 this year, but a combination of Broncosports' lack of updates and some wild speculation on my part left us with a few number disparities on the countdown. If you'd like to read Gavins' countdown...head HERE.

Frequent flyer miles. Audagnotti might have made the longest trek to the Blue of any recruit...indirectly, anyway. Officially, Audagnotti joined the Broncos as a walk-on after a solid prep career at Santa Margarita High School, but Audagnotti only arrived in the U.S. a few years prior. Audagnotti originally hailed from Johannesburg, South Africa, where his family ran an outreach program for orphans called Acres of Love. At Santa Margarita, Carlo was named the Offensive MVP of the All-Trinity League as a senior after rushing for over 1,400 yards and 11 scores. Audagnotti was named first-team all-league twice, but never generated a glut of recruiting interest. Only Oregon State showed him any interest, but he decided that Boise State would be a better fit, and walked-on before the 2008 season. 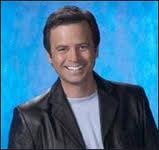 He may never get to hear Mark Johnson mangle his name.

Audagnotti's heart and desire are unquestioned, but one thing that must be questioned is if the South African back will ever see any real time on the Blue or otherwise. The loss of top-recruit Malcolm Johnson and the departure of Jarvis Hodge and Jeremy Avery at the end of the year will do a lot to clear up the running back logjam that exists at the moment, but Martin, Harper, Wright, Lambert, and Kaiserman will all be back in 2011, and verbal Jay Ajayi will join up over the summer if all goes according to plan. That will leave precious few carries to divide among the starters...and we haven't yet scratched the surface with the backups. My best guess is that 2011 will be the soonest Audagnotti would even have even a chance at improving his depth chart standing...and even then it's a long-shot. So, what do we do with players that are big on heart but whose prospects look slim? If you answered "special teams" you get a free Blizzard™ (payable by Kevan).

Audagnotti looks tailor-made for special teams and I think could become a contributor there sooner than later. He has good speed, and seems to have good fundamentals...why not use those talents to knock some kickoff team guys' head off? 2010 will be the year that Audagnotti can start to make his push for playing time and try to get on scholarship...if he doesn't strike now, the window could start to close rapidly.

While living in South Africa, Audagnotti once saw Nelson Mandela at an Arby's. Mandela loves him some roast beef sandwiches.