What is a guy to do when the biggest game in the history of college football is only days away? Read way too much into a simple depth chart, of course.

Boise State's two-deep was released earlier this week to great rejoicing. Now it's time for some great analyzing. After the jump, I take a look at Jeremy Avery's new role with the team, potential starting O-lines, and many other random theories about Boise State's depth. Let me know what you think in the comments.

Disclaimer: Depth charts mean as much as you want them to mean. Keep in mind that things change over the course of a game week and that game situations, injuries, and performance will render some of this depth chart moot. Still, it's fun to speculate ... with hyperbole! Doug Martin for Heisman!

This was me when I heard the news. 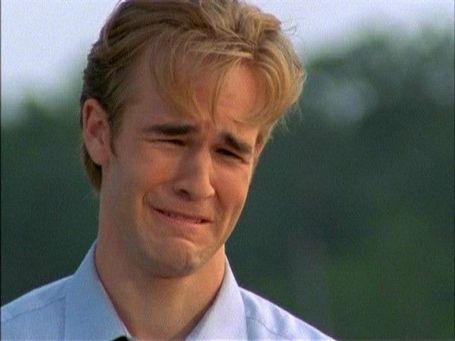 Those are tears of joy. Also, I look a lot like James Van der Beek.

This is not the offensive line you are looking for, at least not if you're looking at the depth chart

It wouldn't be a Boise State depth chart if it wasn't rendered mostly irrelevant soon after its release, and such was the case with the two-deep for the offensive line. I'll let Chadd Cripe explain.

Those two options are ...

Option No. 2 makes a lot of sense. Option No. 1 is just plain weird. Where did Matt Slater come from? During spring and fall camp, I saw Slater playing guard. And what happened to Charles Leno? He was ahead of Faraji Wright on the depth chart as recently as Boise State's final fall scrimmage. And that was very recent.

Slater has a lot of starting experience at tackle from last season. He was my pick to start in the Fiesta Bowl for injured Garrett Pendergast (a role that Brenel Myers filled like a champ, proving how little I know). I feel Slater will do just fine on Labor Day. I'm just surprised to hear he has flown up the depth chart that fast.

So which O-line option would you prefer?

1-2-3 punch of Martin, D.J. Harper, and Jeremy Avery going to happen pretty much in that order

Boise State will go with two main running backs, and those backs are going to be Doug Martin and D.J. Harper. Who ever would have thought that was possible a few weeks ago?

I mean, besides OBNUG's Drew.

The fact is, Doug Martin should be, and dare I say, will be the starter against Virginia Tech and here's why: Doug Martin can be a dominant running back.

I guess Bronco coaches agree. I would venture to say that the majority of Bronco fans expected Jeremy Avery to keep his role as starting running back, for some reason, despite evidence that Martin and Harper were more efficient during games. But man, the Boise State coaching staff wasn't kidding around when it said that every position was open. I know I had a hard time coming up with reasons to keep Avery in the starting lineup.

Boise State likes having Avery start because he provides that home run threat where he can break one off even when the play isn't there. If you're resigned to getting two or three yards per pop in the first half, why not go with a back who can make something out of nothing on occasion?

Yeah, that made no sense.

So where does this leave Avery? Word is that the team's third running back will have specialized packages in the gameplan, and I can think of lots of situations where that strategy works for Avery. Expect to see him in the Wild Avery package (direct snap to him, like the Wildcat). Expect to see him on passing downs hauling in screens. Those two sets alone could mean some significant snaps for RB3.

Boise State listed four tight ends on its two-deep depth chart in what I can only assume is a hint toward Boise State's gameplan on Monday night. Hope you like smashmouth football because it is going to get smashy up in here.

Doug Martin is the starting running back, unless he returns the opening kick?

Martin wound up as the co-returner with Titus Young on Boise State's kickoff team, so it is feasible that Martin could break a long kickoff return and need a breather for the offense's first snap. Ah, who am I kidding? Doug Martin doesn't breathe.

Chuck Hayes can do anything

As witnessed by his going from defensive tackle to No. 2 guard in the span of a few weeks. Next up: curling. 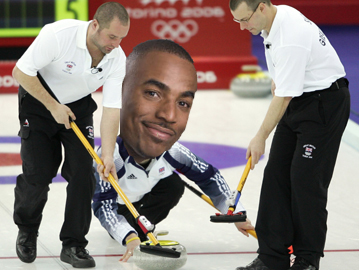 The backup wide receiver battle is over, you can all go home now

Aaron Burks and Geraldo Hiwat made the team's depth chart, so they should get to see the field at some point. Once Chris Potter and Mitch Burroughs get their chance. BurrPott held off GeraldBurks for primary backup duties in the season opener, much to the chagrin of the future. Oh well. As long as I get to see GeraldBurks on the field at some point, I'll be happy. And as long as there are no bubble screens to Mitch Burroughs.

Ebo Makinde is the new dime back?

In nickel packages, Boise State will likely add Jerrell Gavins to the defensive backfield. In dime packages, might it be redshirt freshman Makinde?

That would be my conclusion looking at the depth chart. Makinde is listed in front of Antwon Murray, so provided the Broncos don't go to a three-safety look, Ebo could very well get the call. Then again, has any team ever had the need to go to a dime package against Virginia Tech?

600 pounds of depth at defensive tackle

When Billy Winn and Chase Baker need a breather, the equivalent of three sets of Olson twins will be spelling them. Redshirt freshman Ricky Tjong-A-Tjoe is one of them, and he will likely see significant playing time in his first real college football game ever. Sophomore Michael Atkinson is the other, and he will look to pick up where he left off with a pretty solid Fiesta Bowl. I'm surprised the Idaho Statesman hasn't demanded a nickname contest for these two yet.

Will the Broncos run the swinging gate two-point conversion try? Not if Coach Pete took Troy Oppie's letters to heart.