Share All sharing options for: Know your Enemy: Wyoming edition

This weekend the Broncos will travel to the dizzying heights of Laramie, WY to take on the University of Wyoming Cowboys. The Cowboys are coming off a tough loss in Austin to the Longhorns and the Broncos are coming off a pretty rough bye week (don't believe me? go check the Virginia Tech–James Madison box score). At any rate, both teams desperately want a win in Laramie—the Cowboys to get back in the win column, and the Broncos to regain some lost publicity that they desperately need right now. Most Bronco fans don't know much about the Cowboys outside of the mustard-colored jerseys and the oxygen depleted stadium—so won't you join me in learning a few largely irrelevant things about the University of Wyoming? Stats and analysis can wait til tomorrow...it's time to know your enemy!

10) Wyoming played their first collegiate football game on February 22, 1893 and head coach Fred Hess led the team to a stunning 14-0 triumph over Cheyenne High School. Upon hearing of the utter domination of Cheyenne High, President Benjamin Harrison was quoted as saying, "Come again?"

9) Wyoming's school song is "Ragtime Cowboy Joe"...a hit 1912 song composed by Maurice Abrahams and Lewis F. Muir. The lyrics to the song are as follows:

8) On November 5, 1949, the Wyoming Cowboys stormed into Greeley, Colorado and defeated Northern Colorado by a score of 103-0. Coach Bowden Wyatt's Cowboy squad went 9-1 that year and won the Mountain States Conference Championship. Shockingly, the Northern Colorado team went 0-8 that season although it should be noted that their D-line consisted of a baby, an Allen wrench, a one lb. sack of Gold Medal Flour, and an inanimate carbon rod.

7) Laramie, Wyoming is named after Jacques Laramie (or La Remy), a French-Canadian fur trapper who disappeared in 1821 and may have been killed by Arapahoe Indians. Apparently, in the 1800s all you had to do to get a town (and river, fort, mountain, and county) named after you was to disappear without a trace. To this day, a handful of towns around the U.S. still hold to this proud tradition, as this was how the towns of Jimmy Hoffaville (in southern New Jersey) and D.B. Cooperton (just south of Seattle) got their names.

6) Coach Lloyd Eaton (1962-1970) had just one losing season at Wyoming and left the school with a 64% win rate, but may have done enough damage on his way out to set the football team back decades. In 1969, the Cowboys were off to 4-0 start and hadn't had a losing season in nearly two decades, but the day before the team played BYU, all 14 of the team's African-American players marched into Coach Eaton's office and announced their intentions to wear black armbands for the game against the Cougars to protest some of the LDS church's policies. Well, Eaton didn't overreact at all to the player's request...he marched them into Memorial Gym and dismissed every last one of them from the team. The Cowboys beat BYU that year, but lost their last 4 games of the season and won just one game the following year. Eaton left after the 1970 season, but the school didn't post another winning season until 1976 and have had just 15 winning seasons in the 40 years since the so-called "Black 14" incident. Ahhh, the 60s...as far as I know, nothing controversial, untoward, or turbulent happened during them.

5) Basketball today would be slightly more boring had it not been for the ingenuity of Wyoming Alum Ken Sailors. Prior to Sailor's remarkable stroke of genius, it was apparently thought uncouth for a basketball player's feet to leave the floor while making a shot. This was apparently also around the time that a two-handed underhand approach (the "Granny Shot") was deemed most effective for shooting free-throws and basketballs were made of raccoon hides. Well, old Ken Sailors—three-time All-American at UW—would have none of this flat-footed mumbo-jumbo and invented the modern jump-shot. For his efforts, Sailors will have a place in sports history books next to such innovators as Dick Fosbury, inventor of the modern high-jump technique, and Damien Rossignol, the first guy to use skis to get down a hill rather than the accepted method of the time—riding a sherpa. 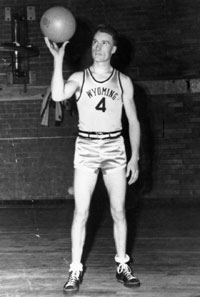 4) Former White House Chief of Staff and Vice President Dick Cheney is a Wyoming Alum. After flunking out of Yale, Cheney attended the University of Wyoming and earned both a Bachelor of Arts and Master of Arts in political science. Contrary to popular belief, Cheney was not a member of the university's Skeet and Trap-Shooting Club.

3) The cornerstone on the University of Wyoming's oldest structure—Old Main—was laid on September 27, 1886. The cornerstone features the Latin inscription Domi Habuit Unde Disceret, which means "He need not go away from home for instruction". About 50 years later, when the cornerstone for the UW Student Union was laid, it featured the inscription Pita Pit Futuri et Neo Geo Vidio Gamera...which of course translates to: "Future home of a Pita Pit and that one Neo Geo arcade game system"

2) The large, grassy center mall of the Wyoming campus is known as "Prexy's Pasture". The area's name is attributed to an obscure statute that states that the university president (or "prexy") has the exclusive right to use the land for livestock grazing. In the late 70s the rule was changed and the words "livestock grazing" were replaced with "hackysack-playing hippies". 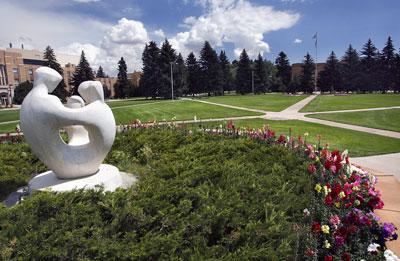 Now you know, and knowing is half the battle. The rest is outlined below. 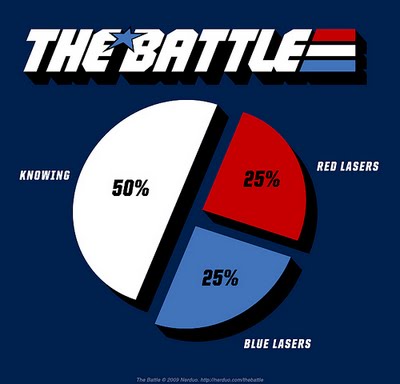