Watch Boise State - Wyoming from the anonymity of CBS College Sports, if you can find it

Share All sharing options for: Watch Boise State - Wyoming from the anonymity of CBS College Sports, if you can find it

The Broncos and Cowboys game will air on CBS College Sports, which no one really has and far fewer people even know exists. As a Wyoming home game, the contest falls under the Mountain West's umbrella of television rights, meaning that it was either CBS College Sports, The Mtn., Versus, or nothing. The Mtn chose Utah vs. New Mexico for its marquee Saturday night special. Versus chose professional bullriding and some show with Junior Seau.

Not sure if you get CBSCS? Here is where you'd find it on the Big Four of paid TV:

You may remember Boise State fans having similar angst a couple years back when the Boise State - Southern Miss game was exiled to CBS College Sports. If you ponied up for the package then, good for you. Not only will you get to see the Bronco game this Saturday, but you will also have an edge when Boise State joins the Mountain West next season and even more Bronco football gets banished to paid TV's hinterlands.

Is there any hope for Bronco fans without access to the channel? Well, there's always Bronco Vision, which has a $10.95 for one month deal and includes full game replays and condensed games. Or you can cross your fingers and pray KTVB throws some millions CBS's way to get a simulcast locally.

Help us, Justin Corr. You're our only hope. 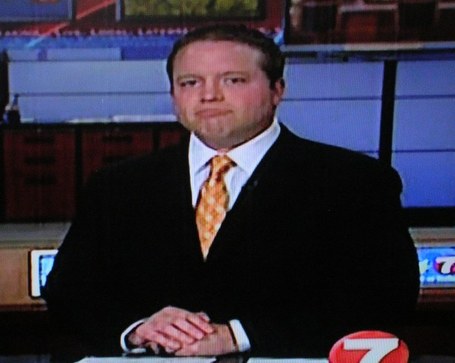 "Yeah, I'm good, thanks." (via assets.sbnation.com)

Where will you be watching Saturday night's Boise State game? Does this make you a little nervous about Boise State joining the Mountain West? Share your thoughts in the comments.