Hard to believe, but there's less than a week til the Broncos storm the Capital to take on the Hokies. As you may remember, 94 days ago I embarked on the Herculean task of counting down a different roster spot for each remaining day until kickoff. So far this year, we're batting a thousand, so cheer me on through the homestretch...we're almost there.

We've got just 5 days until kickoff...so today we'll be highlighting #5 on the Boise State roster—Jason Robinson

Robinson was a four-year letterman at University High School playing for his father E.C. Nepotism? Nah...Jason was actually a very good player, who was named All-Western League all four years at Uni and first-team all-city twice. In 2005, Robinson was named the Western League Player of Year and the 3A Los Angeles City Player of Year after passing for 1,567 yards and 11 touchdowns rushing for 997 yards and 21 TDs. On the defensive side of the ball, Robinson finished his senior season with 108 tackles, 4 interceptions and 3 sacks. Jason finished his high school career with 51 TDs and 10 interceptions. Robinson was rated a 2-star prospect by Scout.com and fielded offers from Utah State and San José State.

Most people call him "J-Rob", but his one-punch knockout in a bar fight this Spring caused $29,000 in damage...so I think this is more fitting. 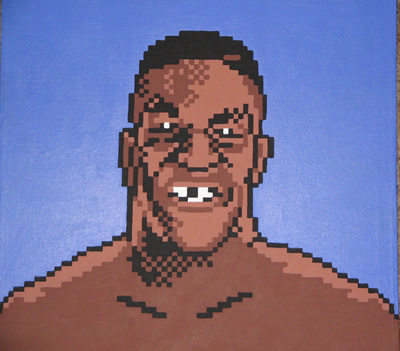 Won "Hammer" award for special teams play in 2009. Helped redesign game-changing "Riddler" play from Fiesta Bowl with Coach Choate. Made two interceptions and 39 tackles as a freshman in 2007. 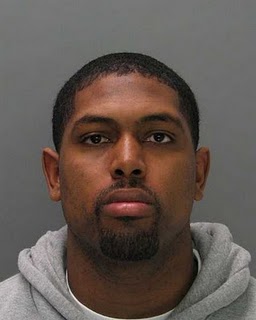 Robinson has been a solid player for the Broncos since first taking the field in 2007...but it seemed clear even then, that Jeron Johnson was going to make it awfully hard for him to get serious reps at strong safety when he was healthy. Robinson was given every opportunity to secure a starting position during his freshman campaign, and peformed admirably, but never really had a firm grasp on the job and moved to nickel his sophomore year. Unfortunately for Robinson, by that time, it was largely too late. The emergence of Ellis Powers in 2008 at the position and the subsequent awesomeness known as Winston Venable put the kibosh on any notion that Robinson would land a starting gig and his arrest on battery charges this Spring further put a damper on what could have been a good finale for Robinson as a back-up nickel and special teams standout. As it now stands, Robinson won't see the field in any capacity until after the Oregon State game on September 25th, and he may have missed so much time by that point that depth chart forward-progress won't be ripe for the picking. Linebacker Hunter White switched to Nickel in the Spring and, in Robinson's absence, will be Venable's primary back-up. Johnathan Brown, a highly-regarded redshirt freshman, will step in as the #3 for at least the first three games on the slate. Both Robinson and Venable will be gone after this season, leaving a gaping void at what has become one of the most important positions on the Bronco D. For one more year, anyway, the Broncos should rest easy knowing the position is sound...and the sooner Robinson can get back on the field, the better for the Broncos. Depth on the defense is key to the success of the unit.

Robinson is a direct descendent of an island-dwelling Swiss Family.