Boise State's Nike Pro Combat uniforms were unveiled today much to the delight of the color gray. The Broncos' unis debuted alongside nine other college football teams, and Boise State announced that it will wear the fancy duds in the season opener on Monday against Virginia Tech.

More photos after the jump, and a full description and Flash site devoted to the unis over at Nike (HT: Intern). What are your thoughts on the uniforms?

Also thanks to the Intern for catching this item: Pro Combat jerseys are available to purchase at the Blue and Orange Store for $80.00. There's even a coupon code for you.

Nike released a pdf document detailing the reasons behind each of the designs. Here is a taste of Boise State's thought process: 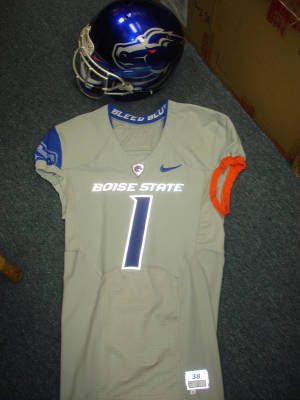 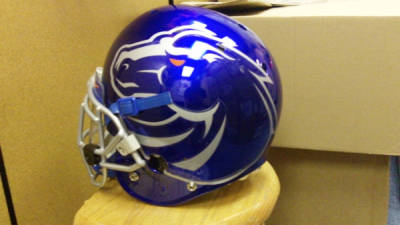 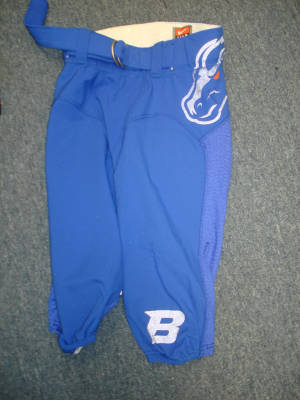 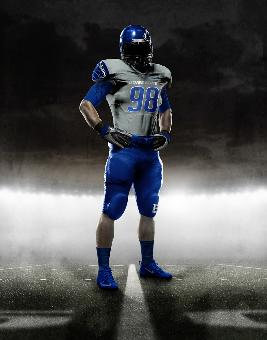 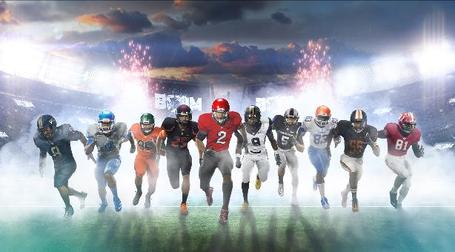 OBNUG's Nick was present at the uniform unveiling in New York City, so feel free to be jealous of him as much as you want. He did provide these pics though. 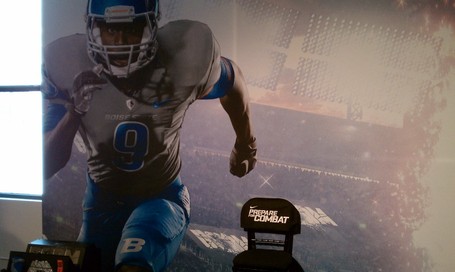 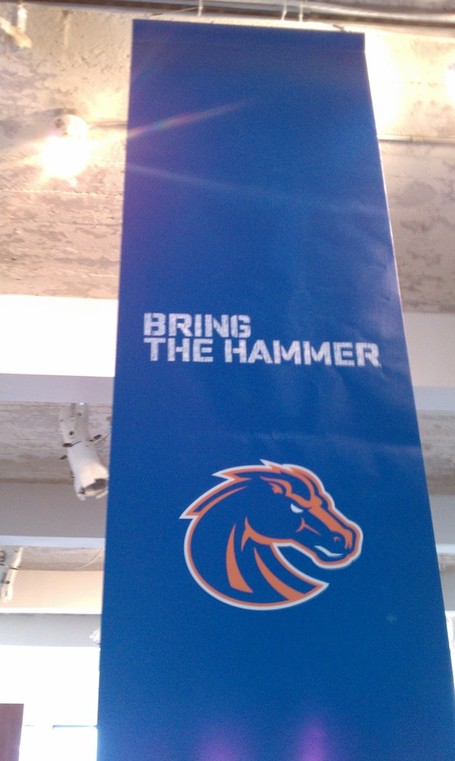 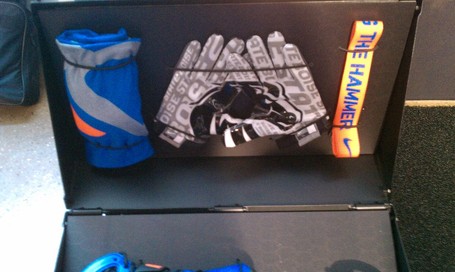 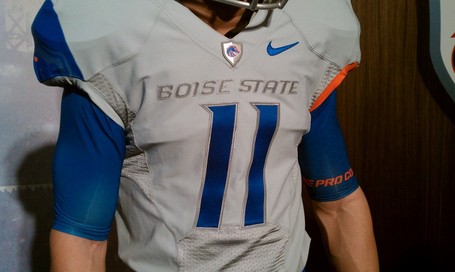 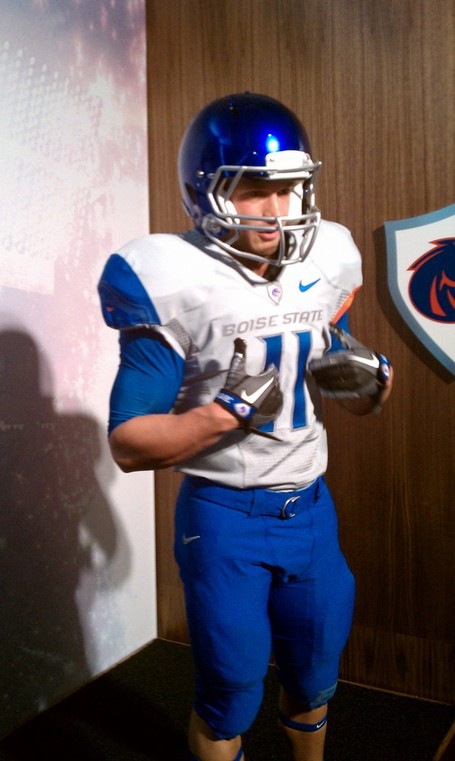 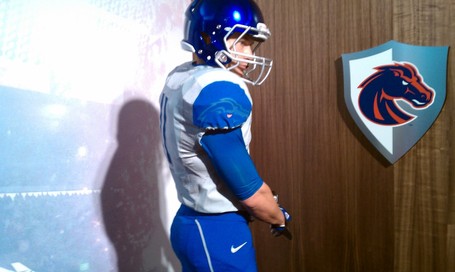 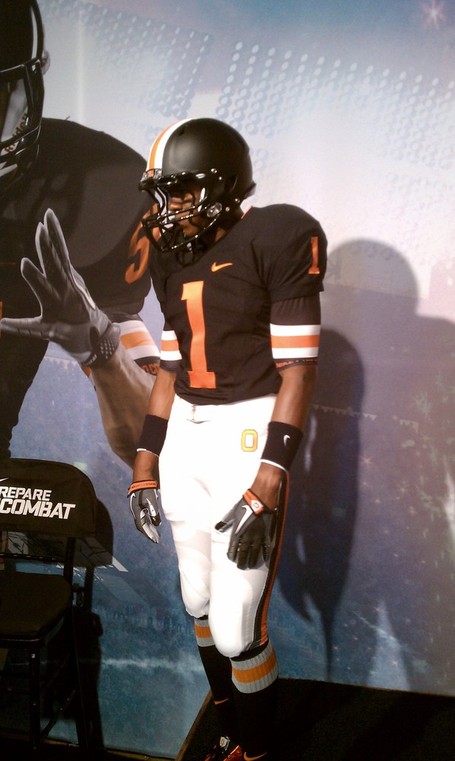 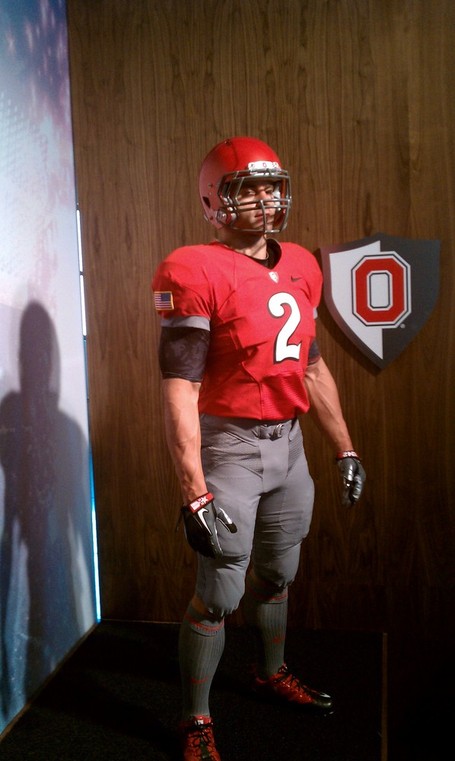 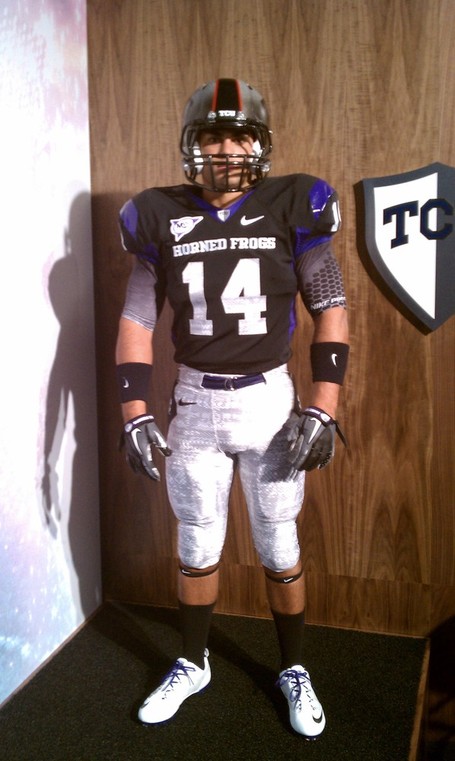 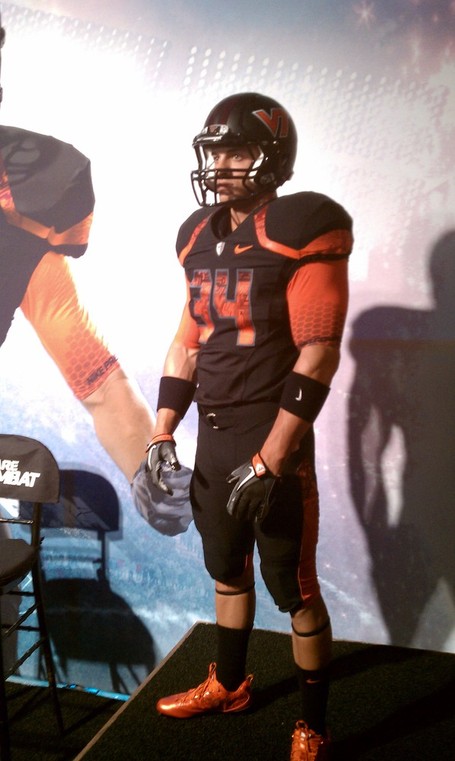 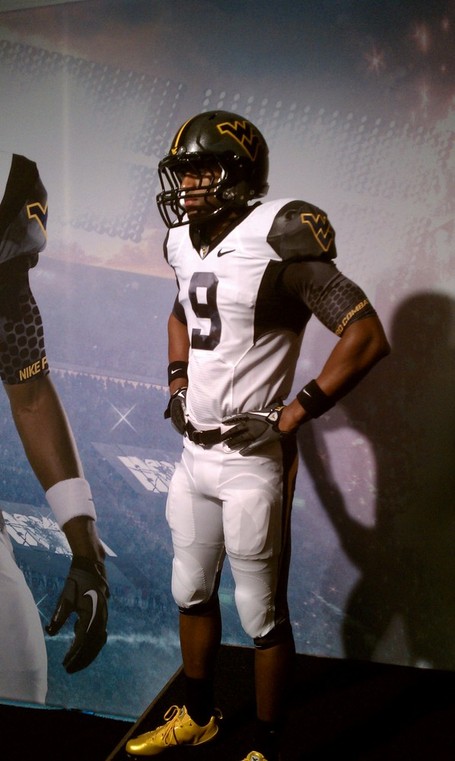 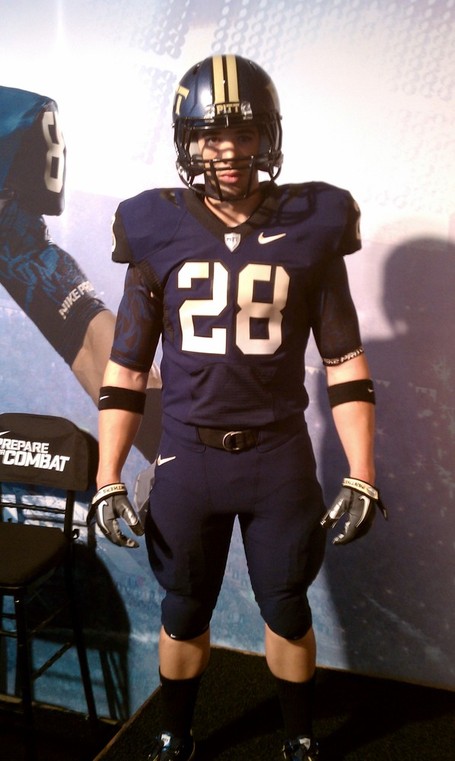 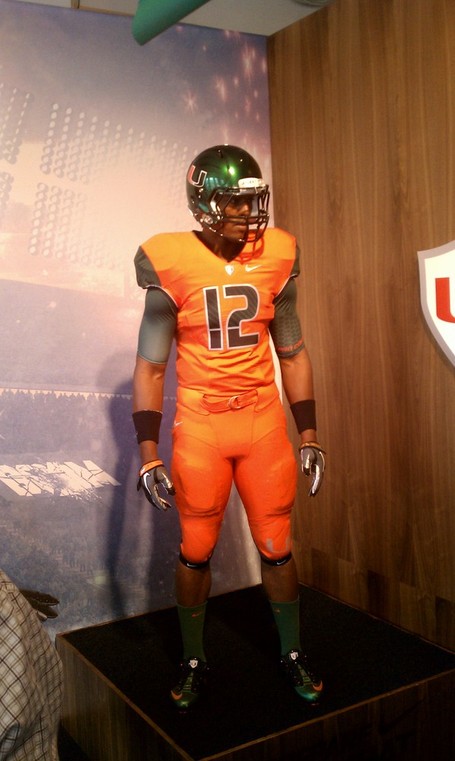 Kyle Tucker's VT blog has details on the full lineup of uniforms: