We've got 29 days until kickoff...so today we'll be highlighting #29 on the Boise State roster—Tyler Jackson

With the blessing of Carl Weathers, of course. 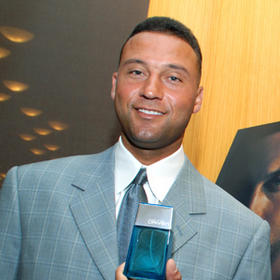 Derek Jeter? I got nothin'

Jackson was recruited by Boise State to play free safety, and that's exactly where he'd been up until Spring Camp this year—now Jackson will be trying to crack the wide receiver depth chart, in a year where that's much easier said than done. With stalwarts Austin Pettis and Titus Young holding fast to the top spots, and promising newbs Geraldo Hiwat, Aaron Burks, and Matt Miller all looking poised to jump into the mix, wide receiver depth in 2010 is of less concern than New Mexico State's passing game. Even at the "H" receiver position, where I think Jackson will probably fit best, Kirby Moore and Tyler Shoemaker will be difficult to overtake.

So where does Tyler Jackson fit in the receiver rotation? I have no idea. Guys are asked to switch positions all the time, and often it works out well (Legedu Naanee, Gerald Alexander, Lee Marks, Will Lawrence...), but I confess that Jackson's switch is perplexing to me for a number of reasons. First, I don't know that Jackson has really ever played the position so the deck is slightly stacked for the guys recruited to do so. Secondly, the wide receiving corps is much deeper than the safety position, so I'm not sure why the move was made on those grounds. Sure, George Iloka has a firm grip on the starting job...does Cedric Febis have the same such grip on the two spot? I guess on this one, we'll have to take a break from conventional wisdom and just trust the coaches' judgement. Jackson is a great player and great athlete who should be more than capable of making the transition—even with a learning curve—and I hope that he'll see some good minutes this season, even if it's only to spell the "ones". Jackson looked good at the position, at times, during Spring Camp, and if he continues to progress, he may shock everyone and make a real push for playing time this season. We'll find out in 29 days.