Hard to believe, but there are only 30 days (that's a month) until the Broncos storm the Capital to take on the Hokies. As you may remember, last summer I embarked on the Herculean task of counting down a different roster spot for each remaining day until kickoff. So far this year, we're batting a thousand, so drop me notes of encouragement now and again so I can find the strength to get through the next couple months without breaking the streak.

We've got 30 days until kickoff...so today we'll be highlighting #30 on the Boise State roster—Travis Stanaway

Stanaway was a two-sport standout at Bellevue High School, lettering in football and baseball three times apiece. As a senior, Stanaway was all-league after recording 98 tackles, 3 forced fumbles and 2 interceptions from the safety position. He was named all-league as a linebacker his junior year as well, after posting 79 tackles. Stanaway joined the Broncos as an invited walk-on. 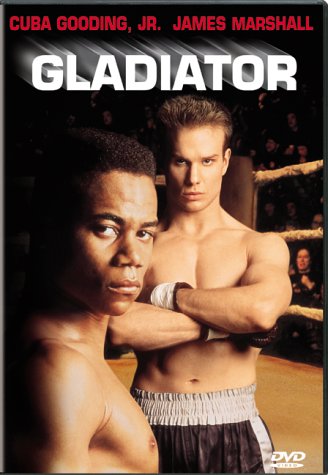 The guy in this movie that wasn't Cuba Gooding Jr.

All-league performer as a junior and senior at Bellevue High. 13 tackles as a freshman and one pass break-up. 20 tackles and 3 pass break-ups in 2009.

Being stuck behind Jeron Johnson.

Stanaway has actually had a very productive Bronco career despite the fact that he's been playing behind an all-conference strong safety. Jeron Johnson gets the pub and the accolades, but Stanaway has stepped up when he's been called upon and honestly I don't think we'd see a huge drop in production at the position if Stanaway was the guy. But alas, that's the name of the game...even if the other guy is just a little bit better, you aren't going to get the reps. Even with Jeron Johnson getting the starting nod, Stanaway has recorded 33 tackles the last 2 seasons (20 in 2009 alone) and 4 pass break-ups. Stanaway is a force on special teams and has been known to deliver some brutal hits on kick coverage (see last year's Louisiana Tech game for proof), and that's where I see him making the biggest impact in 2010. Barring injury, he'll be Jeron's primary backup and we should see an awful lot of him in the 4th quarters of conference games.

Unfortunately, being the starting safety for the Broncos is something that still may elude Stanaway even when Johnson has moved on. In 2011, Stanaway will likely be in a fierce position battle with incoming freshman safety Jeremy Ioane (unless, of course, Ioane is placed at nickel). If Ioane is what he's been hyped to be, there's a real possibility that Stanaway's senior year will be much like his freshman and sophomore campaigns—which isn't to say, obviously, that he won't be contributing—he's already been an outstanding role player for the Broncos and will continue to be, come rain or shine.