Hard to believe, but there's less than a week til the Broncos storm the Capital to take on the Hokies. As you may remember, 93 days ago I embarked on the Herculean task of counting down a different roster spot for each remaining day until kickoff. So far this year, we're batting a thousand, so cheer me on through the homestretch...we're almost there.

We've got just 6 days until kickoff...so today we'll be highlighting #6 on the Boise State roster—DJ Harper

Harper lettered three times in football at Cypress Creek High School in Texas and was a three-time unanimous first-team all-district pick. Harper was named Houston Chronicle Player of the Week, Texas High School Athlete of the Week and was a finalist for Houston Touchdown Club during his time at CCHS and as a senior, he rushed for 1,570 yards and 21 touchdowns with a 7.5 YPC average.  As a junior, Harper rushed for 1,088 yard and 10 touchdowns and as a sophomore he finished with 210 yards and 2 TDs. All told, he amassed nearly 4,000 yards of offense as a prep. Harper was only rated a 2-star recruit by Scout.com, but had scholarship offers from Arkansas, Houston, Texas Tech, Tulsa, UTEP, and Colorado State. 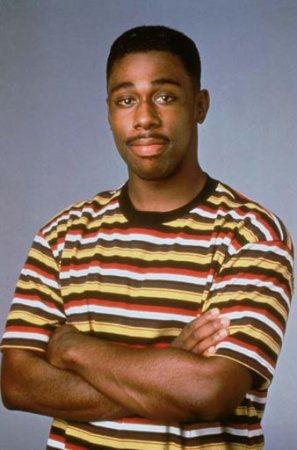 In 2007, put together sixth-best rushing season by freshman, and fourth-best by a true freshman. Averaged 94.7 yards per game and 6.5 yards per carry before injury occurred in 2009.

When DJ Harper and Doug Martin came onboard in the 2007 recruiting class, both impressed coaches right out of the gate. Ian Johnson was coming off a huge season, but was battered after having to shoulder so much of the workload. Jeremy Avery had redshirted and looked like a viable backup, but the coaches made it clear that one of the true freshmen would be burning his redshirt and playing. The race went right down to the wire, but eventually DJ got the nod and although he played sparingly, fans got a taste of what D.J. could do when he rumbled for 153 yards against Fresno State in his first real action and finished the year with 376 yards and 6 TDs. Harper was expected to have a breakout year in 2008, but the coaches had a difficult time finding enough carries for the 4-deep running back stable and Harper only ended the season with 55 rushing attempts and 278 yards. With the logjam cleared away a bit in 2009, it appeared that Harper's time had come. He led the Bronco rushing attack through the first 3 games of the season with 284 yards (6.5 YPC) and 3 TDs...but alas, Bronco fans were left repeating the old Cubs' mantra "wait 'til next year" when D.J.'s season ended with an ACL tear at Fresno State. Will 2010 finally be Harper's year? I'm inclined to think so...but I'll proceed with caution.

Harper's knee rehab went exceptionally well and as early as Spring he was clocked in the 4.4 range in the 40. Harper then opened Fall Camp with some impressive runs that led drew the praise of the coaches and gave hope to Bronco Nation that one of our most electrifying backs would be back in the stable for 2010. Now, oddly enough, Martin and Harper are both in the same class again after Harper was able to take an injury redshirt for 2009. And now Bronco Nation will get to see much more of the tandem as they were just named the 1-2 punch for the Bronco rushing attack. Martin got the "starting" nod, but Harper's running style is so similar to Martin's that the duo should be largely interchangeable. I think that Harper will finally get his breakout season in 2010, and I wouldn't be surprised if he is one of possibly two 1,000 yard rushers for the Broncos this year. Lord knows the long-suffering Texas product will have earned it.

Harper's parents decided to start calling him "D.J" so he wouldn't get confused with all the other kids named Demetrius Jackhammer.