We've got 9 days until kickoff...so today we'll be highlighting #9 on the Boise State roster—Mikey Tamburo

Tamburo was a star at North Gwinnett High School and started 3 years for the squad. He was picked as the state of Georgia's No. 1 junior prospect in 2007 by Georgia Football Magazine and one of the top 15 quarterbacks in the nation by Scout.com. ESPN also named Tamburo one of their top 150 players after a career that saw him account for 8,476 total yards of offense (6,598 passing and 1,878 rushing) and 90 touchdowns (57 passing, 33 rushing). Despite all the accolades, Scout.com only saw fit to rate him a two-star prospect after his senior year. He had offers from ULM, Tulsa, Toledo, Ohio, Bowling Green, and Air Force. 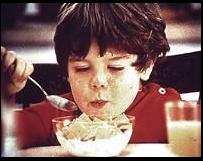 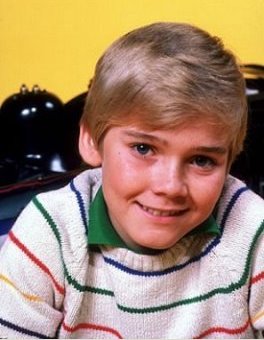 One of the many victims of the great ACL tear of 2009.

Tamburo probably wouldn't have found his way to the Blue if not for some help from Nick Lomax. See, the Broncos had already nabbed their QB, Joe Southwick, for the '09 recruiting class, and told him he'd be the only QB taken in the class. QB Nick Lomax transferred, and the Broncos suddenly saw themselves rather thin at the position and extended an offer to the speedy Tamburo. Rumor has it, that Southwick was very understanding.

So, where exactly does Tamburo fit on the Bronco QB depth chart? Well, let's just say he's the most likely candidate for a position-switch. It's become increasingly more clear that Joe Southwick is the heir-apparent at QB and, at least for this season, Mike Coughlin will be right in the mix. The addition of Grant Hedrick, who has a skill set that is very similar to Tamburo's, and Jimmy Laughrea for the 2011 class means that the QB position at Boise State is liable to become a logjam in short order. The position won't become vacant until 2012, but at that point we'll have Southwick, a junior, as the presumptive #1, a redshirt sophomore in Hedrick, and a redshirt freshman in Laughrea. Tamburo hasn't been in the mix as far as I've seen, and with that lineup, and a knee injury that lost him valuable time, I'd say that Tamburo is ripe for a switch to WR. Think Tanyon Bissell, but with more of a QB pedigree. I actually think that Tamburo could run the famed "Bissell formation" (really an adapted "T" formation) quite well, and I think he's too good an athlete to be riding pine for the next 4 years. Tamburo is a gifted athlete, but in D-1 football, if you fall behind, you get left behind (also the Pirate's code). Tamburo just won't be in the mix for starting QB in my opinion after Kellen's departure/ascension...that doesn't mean he can't or won't contribute long term.

After a chance viewing of E.T., Tamburo spent the next 15 years trying to develop a flying BMX.