We've got 10 days until kickoff...so today we'll be highlighting #10 on the Boise State roster—Jerrell Gavins

The dreads, the looting, the love for The Princess Bride...it all works. 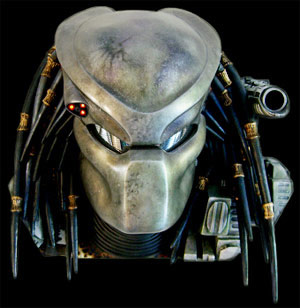 Not many lowlights so far for Gavins...he played in 12 games with two starts in his first few months as a walk-on Bronco. I'm sure losing the battle for #2 CB to Jamar Taylor stings a little bit.

Gavins, who'll actually be donning Titus Young's old number 4 this season instead of 10 (10 is going to SS Jeremy Ioane) had a very good year for an unheralded walk-on. In fact, Gavins had a great year for an unheralded walk-on. He didn't join the team til later in the summer of 2009, but made his debut in game 2 against Miami (OH), recording 3 tackles. By game 5 it was clear that Gavins was a very viable CB for the Broncos, earning his first career start against UC Davis, in a game where Kyle Wilson was benched for rest. Gavins recorded 8 tackles in that game (5 solo), but was a little bit shaky on some passing downs. Gavins emerged from the UC Davis game with a lot more confidence, however, and stepped in time and again throughout the remainder of the season in dime packages and on special teams, even earning another start in the 2010 Fiesta Bowl when the defense unveiled a 4-1-6 scheme.

Gavins entered the offseason armed for a battle against Jamar Taylor for the lone open spot on the D—Kyle Wilson's vacated corner post. Taylor used his redshirt in 2009 to rehab a knee injury after playing as a true frosh in 2008 (quite well, I might add). Both Gavins, Taylor, and redshirt Ebo Makinde showed a lot of promise during Spring Camp, but it was ultimately Taylor that distanced himself from the pack—albeit slightly—and will be the #2 corner, across from Brandyn Thompson, when the Broncos open the season on Labor Day. Gavins, however, will not be riding pine in 2010. The Broncos still utilize a lot of different coverage packages and if Gavins can play in 12 games as a backup in 2009, I don't see why he wouldn't see plenty of action in 2010. Gavins will see the field on special teams a great deal this year, as well as mop-up duties and dime coverage packages. I think despite losing the bid for starting CB, he'll still be a major contributor this season and a great story.

To save time during the school day, Gavins stows his pens, pencils, calculator, and several Fruit Roll-ups in his dreadlocks.