Hard to believe, but there are under 20 days until the Broncos storm the Capital to take on the Hokies. As you may remember, last summer I embarked on the Herculean task of counting down a different roster spot for each remaining day until kickoff. So far this year, we're batting a thousand, but I almost broke the streak today when the storm knocked out our internet. The internet is back, and the countdown rolls on.

We've got 15 days until kickoff...so today we'll be highlighting #15 on the Boise State roster—Joe Southwick 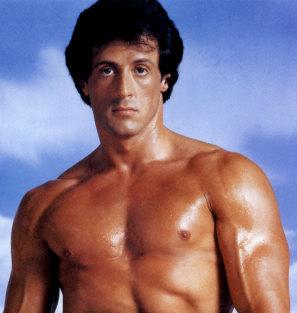 One of the most talked about position battles on the Bronco squad is at a position where we're pretty well set. The race for back-up QB looks to be down to Michael Coughlin and Joe Southwick this year, but really, aren't we all hoping that neither of these guys sees the field very much. Kellen Moore is a step ahead of all the signal-callers on the roster and might be one of the top 3 QBs in the country—so if Kellen isn't on the field it means that he's been injured (perish the thought...seriously, perish it) or we're up by 30 points.

We just simply aren't going to see either Coughlin or Southwick turn it loose until 4th quarter clock-killing time has arrived, so why are we getting so worked up about the two-spot? Well, because the back-up QB slot is usually a pretty good indicator of who will take over the reins when the starter leaves. Dinwiddie backed up Hendricks, Zabransky backed up Dinwiddie, and Tharp backed up Zabransky. The future of the QB position at Boise State is on display right now, but we'd prefer that the future just stick to holding the clipboard, understand? Southwick, in my opinion, has looked the most polished and consistent of the backups and has a live arm and a great pocket presence. He is definitely more of a risk taker than Coughlin or even Moore, so obviously, he's sure to be a crowd favorite. Southwick may not have a chance to start until he's a junior, but by then, the redshirt frosh will have had two more years under the tutelage of the football wizard Moore and two more years under the watchful eye of Petersen and Harsin...I think he's going to be next in a long line of great Bronco QBs...but man, do I hope he rides pine all year long in 2010.

Jared Zabransky famously claimed to be able to throw a potato 80 yards. Southwick can do him one better and throw a kumquat over Julia Davis Park.