We've got 17 days until kickoff...so today we'll be highlighting #17 on the Boise State roster—Winston Venable

Venable transferred from Glendale Community College with the hopes of taking over Ellis Powers' vacated hybrid position, which we for brevity refer to as "the nickel". Prior to transferring, Venable was named first team JC All-America and first team All-Arizona whilst playing defensive back at GCC. Here's something awesome...Venable also was first-team all-league as a punter at GCC (please, oh please use Venable on the rollout this year). In Venable's two seasons at Glendale, he registered 191 tackles, which is pretty good in case you were wondering. Venable was rated a 3-star recruit by Scout.com out of junior college, and to our knowledge, was only offered by Boise State. Score! 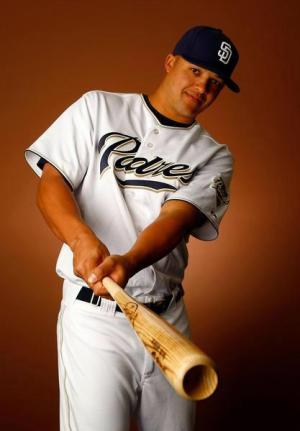 Started all 14 games for the Broncos in 2009, his first year with the program and earned second-team All-WAC honors at linebacker. Finished third on the team in tackles in 2009, with 63. Interception against Fresno State that he returned for a TD to open scoring. Top tackler in the 2010 Fiesta Bowl for the Broncos and made game-clinching interception of TCU QB Andy Dalton. Drank Fresno State's collective milkshakes in 2009 (again, see above video).

Didn't get to punt even once last season. What gives?

Venable exceeded everyone's expectations last season as he took the reins of the Nickel position the moment he stepped on campus and never looked back. It was immediately clear to anyone watching the 2009 Fall scrimmage that Venable—who was in on virtually every play—was going to be make a huge impact on the Bronco defense...indeed, he did. Venable parlayed his insta-success on the Bronco D into a spot on the All-WAC second team and a spot in Ryan Colburn's recurring nightmares. The big question now is: what's Venable going to do for an encore?

Venable has actually dropped some pounds going into the season and looks as quick and athletic as we've seen him, so I suspect that 2010 might be an even bigger showcase of Venable's considerable skills. Right out of the gate, we should see Venable make a big, big impact against Virginia Tech, helping to stuff the formidable Hokie ground game and keep Tyrod Taylor in check. I wouldn't be surprised in the least if Venable ends up being the Broncos top tackler on Labor Day, and I think he'll be as disruptive as anyone to Tyrod Taylor's "unique" set of skills. For a defender as physical as Venable, it's no small feat that he made it through the '09 campaign unscathed and (/knocks on wood) if he can go the distance in 2010, he should be a key cog in a Bronco defense that some (me) are saying might be the greatest ever to don the blue and orange. If Venable does get dinged, however (/knocks on wood once more, for good measure), he'll have much deeper stable of back-ups to spell him this year than when the position was initially introduced. Hunter White, at least through the first 3 games of the season will be Venable's chief backup and not far behind will be Jason Robinson (when he's off suspension) and Johnathan Brown.

Bottom line: The thinner, more experience Venable will be a force in 2010, and will continue to provide a blueprint for how the nickel position can and should be played. You youngsters better be paying attention.

Venable's flying sack monster routine that he pulled against Fresno's Ryan Colburn last year was inspired by fight sequences from Troy, 300, and Weekend at Bernie's