Hard to believe, but there are under 40 days until the Broncos storm the Capital to take on the Hokies. As you may remember, last summer Drew embarked on the Herculean task of counting down a different roster spot for each remaining day until kickoff. So far this year, he is batting a thousand, and he has entrusted his streak to me for the next few days. Sorry, Boise State players who are stuck with me. Get ready for some really bad player look-a-likes.

We've got 35 days until kickoff...so today we'll be highlighting #35 on the Boise State roster— Kyle Brotzman.

By Valley Ride bus, probably. Brotzman was an all-conference kicker (and honorable mention WR) at nearby Meridian High School. Brotzman and the Warriors won the 5A state title in his senior year, which totally beats my senior highlight of asking a girl to prom over the phone. Brotzman nailed 32 extra points his senior season and went 6-for-11 on field goals, including a 52-yarder that made those five misses completely irrelevant.

Brotzman walked on to the Boise State football team in spring of 2006, joining brother Bryon on the special teams pine (Bryon was Meridian's punter). Whatever Anthony Montgomery taught him must have been good because Brotzman stepped into the starting lineup the following fall and hasn't missed a beat (field goals from the left hash, on the other hand ...). 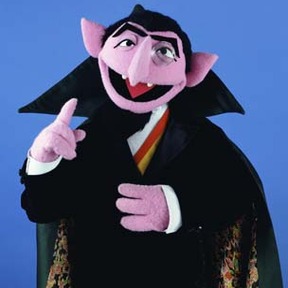 Brotzman's missed field goal in the Poinsettia Bowl in 2008 may have cost the Broncos a perfect season, and it most definitely cost him some of his swagger as he picked up where he left off with a 2009 that was not up to his Groza-esque standards.

Brotzman is expected to be the team's first choice at placekicker and punter this fall, unless Brad Elkin goes all Northern Colorado punter on him. With his up and down 2009 season as a backdrop, Brotzman makes for one of the team's most intriguing storylines this fall. Can he be more consistent with field goals? Do coaches trust him? Where's his head? Is Chris Myers keeping it locked in a safe deposit box at a Key Bank in Glendale?

At his best, Brotzman is a weapon as a punter where his rollout kicks pull double-duty with changing field position and limiting returns. And when he's on his game as a placekicker, the offense can operate with a burden off its back, knowing that three points are on their way. When Brotzman isn't on his game, we have a repeat of Oregon 2009.

Which Brotzman will show up in 2010? Hopefully the All-America one. Shoulder surgery rehab kept Brotzman on the sidelines this spring and gave him a chance to rest his very overworked leg. He should be fresh by Fall Camp. Throw in the fact that this is his senior season, he ended the year on a high note in the Fiesta Bowl, and I mailed him some coupons for a sports psychologist, and we could very well be seeing good Kyle Brotzman again this fall.

These are Kyle Brotzman's legs. 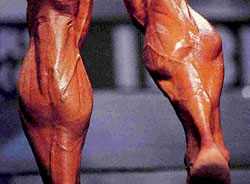