All aboard the 2010 Utah State Aggies bandwagon [Team Preview]

Share All sharing options for: All aboard the 2010 Utah State Aggies bandwagon [Team Preview]

Utah State was an unlucky 4-8 last fall, and they could be a surprising bowl team in 2010. What's standing in their way? I mean, besides a storied history of not making bowls?

Find out what USU will do to replace injured RB Robert Turbin and what the defense is changing so as not to let as many teams run all over them. Does this USU team have the look of bowl eligibility? Join me after the jump for the discussion.

In a nutshell: The dynamic duo of QB Diondre Borel and HC Gary Andersen will take the Aggies far, but Utah State is only going to get wherever its revamped defense and backup running backs will take them. To the Human Bowl? One can dream.

To get you ready for the season, OBNUG is previewing each team on Boise State's schedule, even the WAC ones. Today: Utah State.

The Aggies took a giant step in the right direction last season by a) staying competitive in almost every conference game they played and b) not letting Brent Guy anywhere close to the sidelines. After a rough start with losses to in-state rivals BYU and Utah plus a particularly disturbing slip against New Mexico State, USU hung with Nevada, beat LaTech, made it a game with Fresno and Hawaii, and closed with two wins in their final three. Brent Guy looked on longingly from his hands-off DC position at Louisville.

I happened to guess Utah State's 2009 record exactly, which may be the most useless form of clairevoyance in world history. I also said this:

New head coach Gary Andersen will pay dividends for the Aggies, but people need to give him a couple years. He's working with the Utah State defense, people. He's a football coach, not a miracle worker.

I apparently specialize in pointing out the obvious. 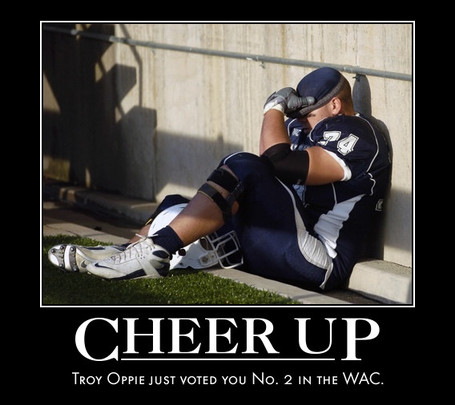 Here is a fun question for you: Was Utah State better than Idaho last season? Some things to consider:

I'll let you answer this in the comments if you'd like. I think we all know what Bob Kustra would say.

The question is sort of relevant inasmuch as the 2010 Utah State Aggies are expected by many to pull off a 2009 Idaho Vandals-type season. From afterthought to Human Bowl, USU's 2010 is a trendy pick for a big improvement. Second-year coach Gary Andersen is the Coach Pete of WAC teams that nobody knows are in the WAC. Diondre Borel is a Colin Kaepernick mini-me. And Utah State has a forgiving enough schedule to make waves this season.

The only things standing in their way: a cheese grater defense and no RB Robert Turbin. If Utah State can find answers for either one of their two big roadblocks, Aggie wishes could come true.

If Utah State was a summer movie

Scott Pilgrim vs. the World. It looks like it should be good, but then again, I thought G.I. Joe was really good (read: 2009 San Jose State). 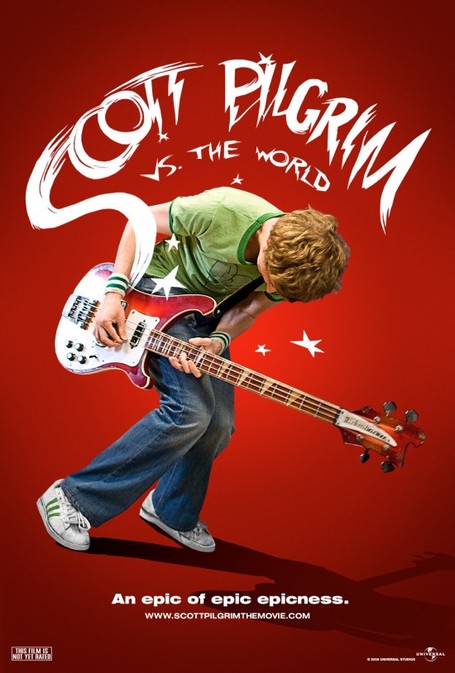 The five most important questions facing the Utah State Aggies

No Robert Turbin? But what will come of my college fantasy football team Turbin and Hooch?

At WAC Mediay Preview last week, Utah State announced that Turbin will not play at all this season after tearing up his knee in spring drills. That's not a good sign for the Aggies, but it's not the end of the world, either. Remember how Nevada seems to always have a RB who rushes for 1,000 yards, even if he seems to have been pulled off the streets of Reno and still in a craps-induced coma? Well, Utah State's offense works in much the same way that Nevada's does, albeit with different formations. Basically, the quarterback's athletic ability stretches the defense for the running back to exploit. In other words, I could rush for 1,000 yards this year if Diondre Borel is the one handing me the ball. Of course, we will need to play two-hand touch on me because I'm fragile.

Considering that Turbin's backups - Michael Smith, Dervinn Speight, and Kerwynn Williams - are better than I am, Utah State's rushing game is nowhere near a lost cause.

Why was Utah State's defense so bad last season?

Gary Andersen decided to build his defense on speed, which would have been perfect against SEC jayvee teams. But a little omission of size cost the Aggies big time as teams ran roughshod over the defense all season long. Case in point: This.

The Orlando Sentinel calls the Aggies' schedule "very difficult." Are they pulling my leg?

According to Phil Steele's computer life partner, the Aggies' strength of schedule is 65th best in the nation, which is not too bad when you consider that the WAC makes up a majority of that schedule. The Orlando Sentinel blames the roughness on having six bowl teams on the sched. Really, though?

There are four bowl teams in the WAC, so every conference team plays four bowl returners. If half a nonconference schedule is made up of good teams, that does not make your schedule very difficult. It makes it average. In fact, Utah State's schedule is easier than it was last year, when the Aggies had BYU, Utah, and Texas A&M out of conference. This year, Texas A&M (a loss) gets replaced with Oklahoma (a future loss), but Utah (an almost-sure loss) gets replaced with San Diego State (a much more likely win).

If USU cannot go 2-2 in non-conference this year, then they probably don't deserve to go bowling. If they can go 2-2, and if they don't lose to NMSU again, bowl chances are much better.

So that defense thing. You never explained how Gary Andersen is going to fix it.

Andersen is doing some serious shuffling to try to find fixes for his leaky D. Whether purposeful or not, his moves kind of show an admission that last year's defense was indeed horribly undersized and out of position. The team's two new linebackers were defensive linemen last fall. Its new defensive end was a defensive tackle. It will be up to three seniors on the defensive line and first-team All-WAC LB Bobby Wagner to solidify the front seven.

Oh, and remember that crazy anarchy of a defensive formation that Utah State used last year against the Broncos? Don't be surprised if you see it again.

Who will Diondre Borel throw the ball to? Or is that sort of irrelevant since he's always running?

Borel's top target Stanley Morrison is back, but the rest of his receiving corps will likely be newbies. Is this a problem? Probably not. Borel makes many of his big plays on the move, which lowers the need for him to have timing and route-running worked out with his receivers. Getting open is a lot easier to learn than a five-yard curl. The USU passing game should be fine.

What other people think of the Aggies 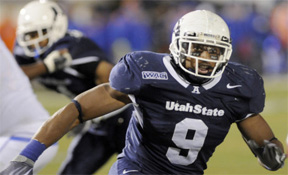 Wagner recorded 122 tackles last year, which was good for 22nd in the country and a spot on the All-WAC first team. He is one of the WAC's best defenders, and he will likely be chief competition for any Boise State linebackers hoping to crack the All-WAC team the next two years (ed's note: disregard my ignorance). With a good mix of size and speed, Wagner moves around a lot in Gary Andersen's defense, and in 2010, he will make the permanent on-paper move from MLB to OLB.

If Utah State is indeed not bad, they should sweep their way through November's games and be on a semi-roll coming into the season ender in Bronco Stadium. A week off prior to the BSU showdown will help. Playing the Broncos will not. 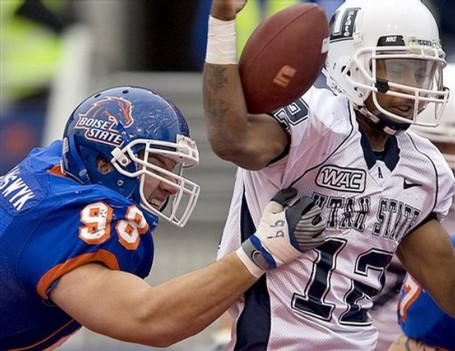 A bowl-eligible Utah State would have the same type of impact that bowl-eligible Idaho had last year. It not only looks good in the standings, but it gives the WAC a sense of depth when people see that doormats like the Aggies are good enough to make it to bowl games.

A non-bowl-eliglble Utah State? That would be the pits.

Someone forgot to tell the one-year-old that Robert Turbin is not playing this year.

The defense improves by leaps and bounds, Turbin's backups fill in admirably, the Aggies split their nonconference and pull a couple upsets in the WAC, USU makes a bowl, Gary Andersen gets bronzed alive

How do you think the Aggies will fare in 2010? Was Utah State better than Idaho last fall? Does Diondre Borel keep you up at night? Share your thoughts in the comments.