May I suggest hitting buffet row with Spencer Gerke? 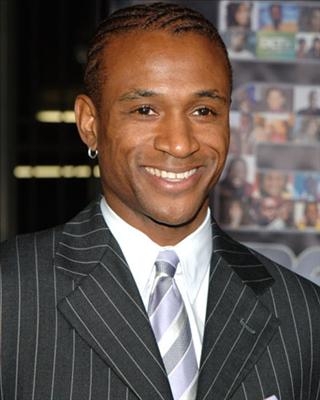 Developed a bad case of the shakes after a chance encounter with Jeron Johnson on a crossing route.

After being way off the radar during the recruiting process, Burks nonetheless came in and nearly played as a true freshman. In fact, Burks so impressed the coaches last Fall that it looked like he, not the highly-touted Kirby Moore, would be taking the field for the Broncos in 2009. In the end—partly because of the WR slot he was projected to play—Burks did redshirt in 2009, and the 2010 receiving corps may be all the better for it.

Burks had a big Spring for the Broncos, showing that he can not only causie matchup problems for DBs with his height and leaping ability, but with his legs as well—routinely getting behind defenders for big gains throughout camp. Now, coupled with the emergence of Geraldo Hiwat this Fall, the wide receiver corps has gone from dangerously thin to ridiculously deep. Sure, Burks and Hiwat will still be at least 2nd on the pecking order behind stars Titus Young and Austin Pettis in 2010, but they'll be called upon often this season to provide extra targets for Kellen Moore and one can't help salivate at the possibilities of multiple tall, fast receivers on possession downs and in the red zone. Chris Potter and Mitch Burroughs, it should be noted, were listed on the pre-camp depth chart as the twos, but I'd be surprised if Burks, Hiwat, or both don't end up sliding into the two-slot by the time Labor Day arrives. At a bare minimum, Burks will gain valuable playing experience this year and make his case for becoming the starter at the X or Y in 2011. We'll still have Kellen Moore then...so bonus!

Burks fought city hall. It was a split-decision.