Preseason Blogpoll: Your guess is as good as mine, and probably better

Share All sharing options for: Preseason Blogpoll: Your guess is as good as mine, and probably better

Being a blogger has certain rights and privileges, none of which are monetary as I'm coming to learn. One of those benefits is voting in the BlogPoll, a Top 25 that typically makes more sense than the others. Unless you give me too much creative liberty.

OBNUG's second year in the much lauded BlogPoll begins much the same way that last year did, with a backwards-thinking, erroneous mishmash of teams. After the jump, take a look at my first stab at the BlogPoll, and then leave your thoughts in the comments about what should change, who should move, and what obviously tampered beverage I was drinking that made me leave USC in there. Help me out, I'm going to need it.

About the BlogPoll and why it is awesome

Mr. Brian Cook of Michigan blogging fame dreamed up a way to outdo traditional college football polls by placing the polling power in the carpal-tunneled hands of bloggers. The best CFB bloggers vote weekly for their Top 25, but here's the real beauty: Each blogger is encouraged/required to seek reader feedback on the poll. So basically you guys are the ones voting in the BlogPoll from week to week. And yes, this is similar to the way that Craig James fills out a ballot then lets his hypothyroid pug make the final calls. 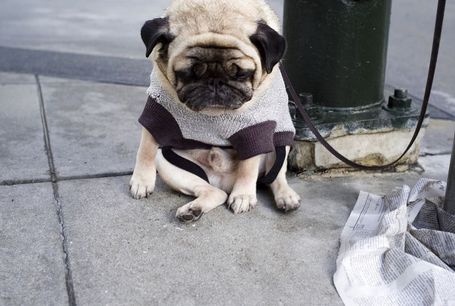 Much to the betterment of the BlogPoll, I will not be handling polling duties week in and week out. That job will be professionally handled once again by OBNUG poll expert Mike Kingery, provided he never ever votes for Nevada under any circumstances.

Before you judge my preseason poll, know this

Let me start off by saying that preseason polls are dumb. They reward teams for doing stuff on paper, and their impact on the outcome of a season is disturbingly real. So to limit the horrors of preseason prejudice, my August poll is a reprint of the final regular season poll from last year.

Is it a perfect system? No, as you will see below. But does it at least make an effort to reward actual football playing? Yes.

Potential problems, of which there are many

The best part of the BlogPoll is getting feedback from readers and commenters. So let me know what changes you would make to the preseason BlogPoll, and I will factor them in before submitting the final draft to the BlogPoll machine.

Should I put Boise State No. 1?

Should BYU be anywhere near No. 12?

What left out teams should be put in?

Share your thoughts in the comments, and let me know what your Top Ten or Top 25 would look like. It can't be much stranger than mine.