We've got 21 days until kickoff...so today we'll be highlighting #21 on the Boise State roster—Jamar Taylor

Taylor was named to the All-CIF team in both his junior and senior seasons and received first team All-East County League honors both years as well. As a senior, Jamar made 50 tackles, 4 interceptions, 3 pass breakups, 1 forced fumble and a fumble recovery while totalling 65 tackles, 11 pass breakups, 3 interceptions, 3 forced fumbles and 2 fumble recoveries as a junior. Taylor was named East County League Defensive Most Valuable Player his senior season and was rated a 3-star recruit by Scout.com. He fielded offers from Idaho, Colorado State, and New Mexico.

I don't know...it rhymes. What am I, a nickname machine? 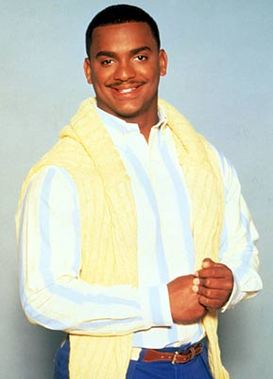 Played in 13 games as a true freshman in 2008. Named to the All-WAC academic team.

Forced redshirt in 2009 due to a knee injury.

Jamar returned from a injury-forced redshirt season in 2009 just in the nick of time. Kyle Wilson's graduation has left virtually the only hole to fill on the entire squad and Taylor and JC-transfer Jerrell Gavins are the two top candidates to replace the former All-American and first round draft pick. Big shoes to fill, for sure...but the duo looked poised to make names for themselves in 2010 or die trying.

Taylor played in all 13 games as a true freshman in 2008, so he actually has slightly more game experience than Gavins, who played in 12 games for the Broncos last season. Both players made the most of their limited action as well, with Taylor registering 24 tackles (2 for loss) and an INT in mop-up time and dime packages in 2008, and Gavins registering 31 tackles and 4 PBUs in similar situations last season. Gavins does have two starts under his belt, however, and played very well against #4 TCU in the 2010 Fiesta Bowl. Regardless, the post-Spring depth chart showed Taylor as the early leader for the spot and he's performing very well in Fall Camp thus far. Taylor was named Coach Pete's very first "Camper of the Day" when Camp opened 10 days ago and was praised thusly:

"Jamar Taylor came out full speed, playing at a high level, he had a great spring ball, a very nice summer, and he is building upon that. We know there is even more of it to come."

Taylor used his redshirt year to bulk up in the weight room, and it shows (he probably has 20 lbs. on Gavins). In fact, Taylor is actually built more like Jeron Johnson than Brandyn Thompson and should be able to bring some of Kyle Wilson's physicality to the position. All these factors together lead me to believe that come September 6th, Jamar Taylor will be the Broncos new starting cornerback...but don't think for a second that this battle won't go right down to the wire. Gavins has still been competing very well, and regardless of the outcome, I think we'll see a lot of both DBs in 2010...especially if the coaches decide to dial up the 4-1-6 scheme again (please, please, please).

Jamar Taylor was named after easy-listening legend James Taylor, but his birth certificate got smudged.