We've got 22 days until kickoff...so today we'll be highlighting #22 on the Boise State roster—Doug Martin

As a senior at Saint Mary's, Martin was named the Best Offensive Back in San Joaquin County by the Stockton Sports Hall of Fame  after he led the Tri-City Athletic League in yards per game. That same year, Martin was named second-team All-San Joaquin TV by Comcast Sports, and was named team MVP after rushing for 1,234 yards and 14 touchdowns. Finished senior season with 1,373 total yards and rushed for 1,950 yards and 18 TDs as a junior. Named team MVP, first-team all-section, all-area, and All-San Joaquin TV by Comcast Sports his junior year. Rated only a 2-star recruit by Scout.com (fools!), Martin had one other offer—from Cal Poly.

Ever since Coach Choate referred to him as an "angry" runner, this has been the moniker of choice. Last season's rage-ohol fueled romp over and through opponents made it all the more valid. 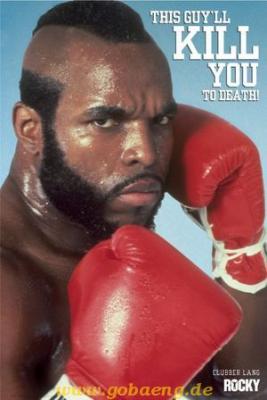 As a redshirt, won the Offensive Scout Player of the Year award. Played in 11 games as a redshirt freshman in 2008, primarily on special teams. Won the Hammer award in 2008 for most physical special teams play and famously dropped the hammer on the Idaho midfield logo. Rushed for 765 yards and 15 TDs in 2009 after starting the season on defense. Won the Denny Erickson Valor award after 2009 season.

Doug Martin is awesome. I'm tempted to leave it at that, but I guess I'll expound. Martin is probably my favorite Bronco on the current roster and here's why: he not only can do it all...he will. Martin is the consummate teammate who always puts the good of the team ahead of any personal glory. Martin, in my opinion, might be the team's best running back, but if the coaches ask him to switch positions or embrace another role, Martin doesn't just do it...he owns it. Martin runs the ball, returns kicks, provides kick coverage, and plays nickel...where else are you going to find a skill set like that?

2010 looks like more of the same for Martin, although I doubt he'll be starting the season on D. DJ Harper's injury forced the coaches to move him back to his natural position, and he quickly showed them why. Martin provided some of the 2009's most electrifying moments as he showcased his skill, speed, and desire and led the team in rushing TDs with 15. The ultimate short-yardage back, Martin should be the Broncos go-to guy in 2010 when the Broncos are in the red-zone, but I do think his number of touches—129 in 2009—should drop a bit with the return of DJ Harper. That said, I expect his solid 5.9 YPC to remain about the same. Doug could easily have a 1,000 yard season, but this looks to be the year of the "committee", and Bronco fans are just going to have to deal with that. We'll see plenty of Martin this season in all facets of the game—so be sure to pay attention when he's on the field.