Share All sharing options for: Can the Boise State offense survive without Austin Pettis or Titus Young? [Season Preview]

Those of you who lived through the Fiesta Bowl will remember that Boise State not having a top receiver at its disposal is bad times for everyone. Would it be bad times for the 2010 squad, too?

Drew and I debate that topic, running the gamut from Remember the Titans to the offensive line to puns and much, much more. Weigh in with your thoughts on this question and others surrounding the Boise State receiver position. Let's get started.

In case you haven't heard, Boise State is going to win a national championship this year.  OBNUG's season previews are here to explain why. Today: Receivers.

Roundtable: Can Boise State survive without Pettis and/or Young?

Boise State has known life without Pettis and Young, and I'm pretty sure they will pass on ever having to do that again. But if it comes to it, can the Broncos withstand losing either player this year? That's the topic that Drew and I tackled with surprisingly agreeable responses. As such, feel free to disagree with us in the comments. 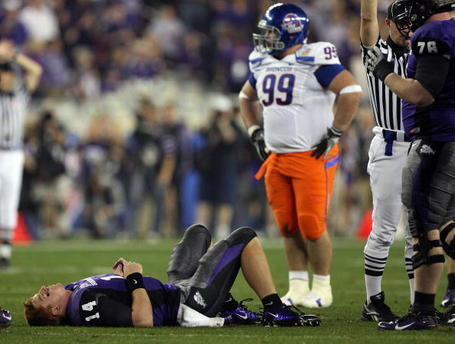 Remember last year when Pettis went down? The offense suffered. Remember when Young sat for a year the Suspension Of Which We Do Not Speak? The offense was far less explosive. Can Boise State withstand losing either player for an extended period of time in 2010? I have some theories.

I'm gonna go old school on this one and say that the offensive line is the most important part of the Bronco offense. Give any WR enough time and he will find open space...but it's incumbent on the O-line to give them, and the QB, enough time. Kellen doesn't need much, of course, but last year the O-line only allowed our dear Kellsy to be sacked 5 times. How much different would things have looked for Kellen last year if he'd been more easily harassed? Oh, and don't forget about those RBs. Not that Doug "the human jackhammer" Martin needs anyone to create holes for him, but the O-line make gaps that turn narrow running lanes into leisurely scenic byways. 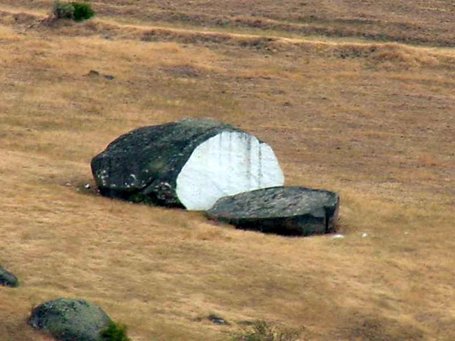 So, now that I've thoroughly derailed this roundtable that was supposed to be spent making altars to Austin Pettis and Titus Young, I'll say this: the WRs are the most important part of Kellen Moore's success.

Kellen is a phenomenal QB and almost always makes the right read...but he most assuredly doesn't always make the right throw. The ball placement is sometimes a bit high, a bit low, a bit country, a bit rock and roll...but the Bronco WRs find a way to go and get it and help it find its way safely into the endzone. I'm still convinced Austin Pettis has bionic hands and I have yet to see a cornerback that Titus Young can't get separation from.

Yeah, there will be a drop off when Pettis and Young are gonzo...but remember that as true frosh in 2007, the pair weren't really game changers until late in the year (and Titus Young still had chronic fumblitis). Give the younger guys (Hiwat, Burks, maybe Miller) a chance to get some games under their belts, and I think the program will still be in good hands (see what I did there?) when the inevitable passing of the torch takes place. For 2010, however, we can ill afford to lose either of these two...the newbs need time and a title run can't wait for the youngsters to catch up.

Points for reaching into the football credo machine to pick out your O-line paragraph. Bonus points for predicting a lost national title if either Young or Pettis can't go. Zero points for the "good hands" pun. In fact, I'm taking points away.

I agree that Boise State's title hopes take a serious hit if either Pettis or Young miss significant time. Also taking a significant hit were that to happen? My being Pepto-Bismol-sober for seven months. There is simply no other receiver on the Bronco depth chart who can replace either player's skill set, at least not until 2011 at the earliest. 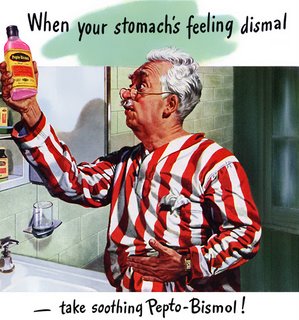 In that case, the Bronco offense would need to change. You'd be looking at more focus on the ground game, which is totally doable thanks to a Hydra-backfield and a 10-man-deep O-line. You'd also be seeing more of Kyle Efaw and Tommy Gallarda and did someone say Winston Venable playing both ways? (Nope? OK, just checking.) The Broncos tried this strategy in the Fiesta Bowl and it worked to the tune of 10 points. I have to believe that BSU could squeeze more out of it this season.

If you believe that TCU was one of the best teams in the country last year, if you believe that the Boise State offense has improved as a whole, and if you are following any of my logic whatsoever, you have to feel somewhat okay about Boise State's chances should either Pettis or Young go down. True, the two WRs are uber-important to the success of Kellen Moore, but I don't see a game on the Boise State schedule that these Broncos couldn't gut out without them.

Their title shots take a hit, but I think it is a hit that this Boise State football team can absorb. Kind of like a Shiloh Keo tackle.

Thanks. I got the effusive O-line praise from Dan Hawkins' Big Book of Football Clichés (available now at Amazon.com).

You're right about the wide receiver underclassmen not being able to take the training wheels off until 2011. At that point, however, we'll have 3 wide receivers that stand over 6'2" and can run. If we can get Austin Pettis to bequeath at least one of them his hands, and Titus Young to give them some hand-me-down swagger, I think in 2011, we might have a better receiving unit top-to-bottom—seeing as, for the time being, it's rather top heavy.

Pettis is our best possession receiver hands down (see what I did there?) and Titus is our most electrifying playmaker and best deep threat. One or the other could be lost (/knocks vigorously on wood) without our offense crumbling, but the youngbloods simply don't have enough sync time with Kellsy to pick up the slack. Titus was great in the Fiesta Bowl last season, and largely made up for Austin's absence...Austin, likewise, stepped up big-time in 2008 when Titus was AWOL...but heaven forbid that both of those guys were to be unavailable at the same time—no one on the current team is in their stratosphere...yet.

Our run game is a force...but sometimes it just ain't clicking and that's were our formidable WRs usually step in to save the day. The thought of an ineffective run game against Va Tech and an injury to Pettis or Young chills me to the very core.

The thought of losing both of them at the same time is indeed terrifying, but I like to think that having both MIA would only be costly against 2 or 3 teams on the Broncos' schedule. That's not the end of the world, unless the end of the world hinges on whether or not the Broncos go undefeated. In which case, good bye sweet earth.

I think we can agree that Pettis and Young are both incredibly valuable and that Boise State would not be the same without either. Can we stop talking about this now? I'm getting sad.

Agreed. Let's be sad about Justin Corr being replaced by a Vandal at the KTVB sports desk instead. 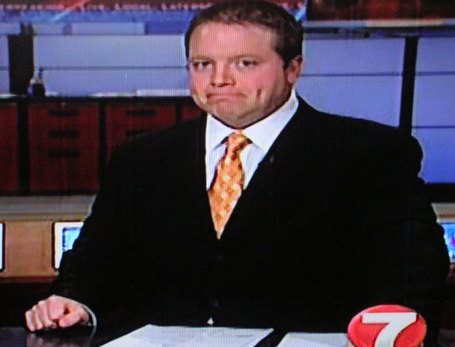 "Not cool, Drew. Not cool." (via assets.sbnation.com)

The state of Boise State's receiver position, on a scale of Paul J. Schneiders

How do you think the Broncos would fare without Pettis or Young? How many games could the Broncos win? Share your thoughts in the comments.