We've got 25 days until kickoff...so today we'll be highlighting #25 on the Boise State roster—Hunter White

Hunter White was a seriously sick athlete in high school. He lettered in four different sports (football, baseball, basketball, and track), pulling in 9 individual letters and was pretty darn good at all of them. Playing football for his father Dave White at Edison was where Hunter really made his mark, however, receiving loads of accolades over the course of his career. White was named all-state three times, All-CIF twice and all-county twice, and was also named the defensive MVP of Sunset League as a junior and senior. White finished his career with 120 receptions for 1,800 yards and 16 TDs on offense and made 275 tackles, 9 sacks, 4 fumble recoveries and 2 interceptions on defense., White was rated a 3-star recruit by Scout.com and the 30th ranked weakside linebacker in the country in 2007. He had offers from Washington State, Colorado State, and Nevada.

The dude's name is "Hunter" and plays defense...I could hardly do better with a nickname. 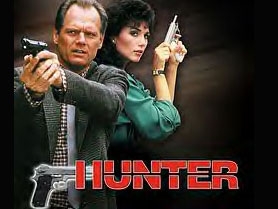 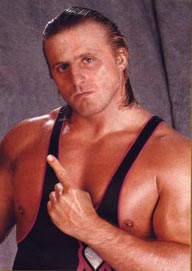 Having a facebook group devoted to his malapropisms, and odd sayings.

White came into his own last year playing in all 14 of the Broncos games and getting one start—against New Mexico State. White finished 2009 with 37 tackles (4.5 for loss) and had an interception at Hawaii. Despite White making more tackles in 2009 than counterpart Derrell Acrey, the coaches saw fit to move him to the nickel position to provide instant depth behind All-WAC performer Winston Venable. The coaches move paid off almost instantaneously as Jason Robinson ended up suspended for Spring Camp and for the first 3 games of the season. White's speed and linebacker mentality should pay dividends for the Broncos in 2010 when Venable needs rest or if injury should rear its ugly head. One area where White really excels for the team is special teams. He is an absolute demon ST and has been honored twice by the team for his prowess in that area. White is definitely one of the unsung heroes of the Bronco team and making the switch to nickel after being such a solid performer at LB has really shown his grit and team-first attitude. Despite playing behind All-WAC nickel Winston Venable in 2009, Jason Robinson still came away with 26 tackles and I think White, who's currently listed at #2 on the depth chart, has at least that many in him. I'm excited to see White bring his LB mindset to the nickel position this season and really knock some heads on special teams as well (watch this kid take out blockers on kickoff team, seriously).

White goes through an entire jar of Dippity Do before games—two when the games are on ESPN.