We've got 36 days until kickoff...so today we'll be highlighting #36 on the Boise State roster—Aaron Tevis

Arizona has become a hot recruiting bed of late, thanks to the efforts of coach Scot Huff (who's an Arizonan himself). That's where Aaron Tevis was found—a three-sport letterman at Canyon Del Oro High in Tucson who played tight end and linebacker on the football squad. As a senior, Tevis was named to the All-Southern Arizona football team, the 4A Sonoran Region first team, and was all-state at both positions. Tevis was named Southern Arizona Co-Player of the Year, won the Golden Helmet Award (MVP), and was named area's best defensive back in his final season at CDO as well. Tevis finished his senior campaign with 637 receiving yards, 80 tackles, 8 sacks, 7 touchdowns and 4 interceptions. He earned regional or all-state honors as a junior and sophomore as well. Tevis was the 2006 regional shot put champion. Tevis received a 5.4 rating from Rivals.com and held offers from Wyoming and UNLV. 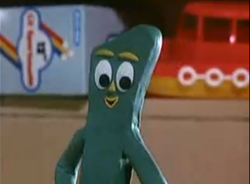 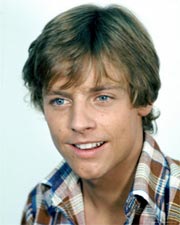 Received Ultimate Work Horse award as a redshirt in 2007. Named to the All-WAC Academic team in 2008. Made 3 interceptions in 2009.

Rewarded for phenomenal first career start with less and less playing time in 2008.

Tevis' Bronco career got off to an amazing start as he registered 8 tackles, 2 sacks, a fumble recovery and a pass breakup in his first college start against Idaho State in 2008. Then, somewhat inexplicably, Tevis was relegated to backup duty for the remainder of that season. He finished his freshman campaign with 21 tackles (3 for loss), those 2 sacks, and an interception. 2009 got off to a similarly good start for Tevis, as he made a key interception in Boise State's season opening win over Oregon. Naturally, because of how 2008 panned out, some wondered if that was the last we'd see of Tevis in a starting role. But no, 2009 was different—instead of slowly diminishing playing time, Tevis actually started to become a fixture on the defense, splitting time with frosh J.C. Percy at the WILL linebacking position and starting the final eight games of the season. Tevis played very well in the 2010 Fiesta Bowl for the Broncos as well, recording a season-high 7 tackles against TCU.

So what will 2010 look like for Tevis? I predict more of the same. Tevis has grown into a very consistent performer for the Broncos and has become almost equally dangerous against the pass and the run—registering 4 career INTs and 9.5 career tackles for loss. Tevis will be invaluable in Boise State's opener against Virginia Tech as he'll be tasked with containing the running game of Darren Evans, Ryan Williams, and Tyrod Taylor. Tevis will also have to worry about Taylor's passing threat, but I think the 6'3" Tevis will prove to be very disruptive there as well—occupying space in the passing lanes and snuffing out short passes. I predict Tevis will have a very similar year statistically to 2009; 50+ tackles and a handful of interceptions. J.C. Percy should continue to split reps at WILL with Tevis this year, but I still think Tevis is currently the more complete back.

Growing up in Arizona, Tevis used to use cacti as tackling dummies.