Where I come from: Most Memorable Moments

Share All sharing options for: Where I come from: Most Memorable Moments

This post is sponsored by EA Sports NCAA Football 2011.

I could write for days about the memorable moments I have had while being a Boise State Broncos fan, and I could probably pump out a good 18 hours or so on Kellen Moore alone. Where to begin with a list of most memorable moments? And what kind of cruel punishment is a post like this anyway?

After the jump, I pull three of my most memorable from out of a hat (not a literal hat because there is not one big enough), and then I'll leave it up to you to name me yours. Let's get started. 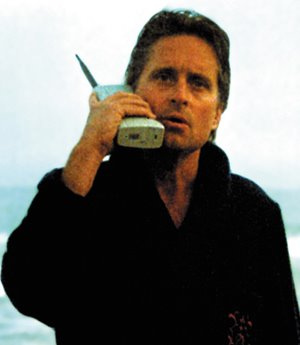 Two things that have not aged well (via farm4.static.flickr.com)

Following the Boise State - Hawaii game via text message: Do not recommend

Back before text messaging was a vital part of daily communication, ESPN offered a service that would send a text message to your phone with a score update on your favorite team's games. There was no streaming Internet anything, no Twitter, no OBNUG, no other way of knowing the score other than to sit down in front of a TV and watch the thing. As a college student in another state with no way of watching some of the games, I jumped all over this. And it nearly killed me.

Turns out, the score updates were not instantaneous. They came every quarter. This sucked big time, in particular the game against Hawaii in 2005. Here I was out with friends, and I get consecutive text messages of "Hawaii 10, Boise State 0" and "Hawaii 20, Boise State 7." I sulked for awhile. We went to Krispy Kremes. I sulked some more. And then the second half updates came rolling in, as it were. "Hawaii 28, Boise State 21." "Boise State 44, Hawaii 41. Final."

I died a thousand deaths between third quarter update and fourth quarter update. I'm pretty sure Nick and I called each other every five minutes just to see if the other had received a text message alert. It was insane and stressful and wonderful and maddening.

I would not recommend it. Not that people still get their scores that way. 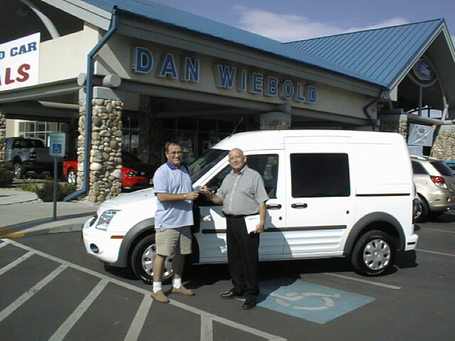 Pictured: Not me. (via dealer4198.adpwebmarketing.com)

I wrote about my intense love for the 2001 Broncos team the other day, so I figured I should share a memory of that season. It's not a good one, mind you, but it is pretty vivid.

Boise State was in WAC title contention late in the season, and they faced a big road game against Louisiana Tech. It was a day/afternoon game, and I just so happened to be taking my truck in to the dealer that day. Nuts to that. I figured I would be tough out of luck to watch the game (this was before I learned how to rearrange my life around Boise State football).

Well, turns out the Dan Wiebold Ford gods shined upon me. There was a tiny television screwed into the wall way up in the corner of the waiting area. I couldn't hear the sound, and I missed a play here and there when people walked in front of me. But at least I was watching.

I waited it out for the whole game, long after the technicians had finished diagnosing my truck. Boise State lost, but they lost in a way that I was okay with. More importantly, I felt like a real fan afterward. I had just watched a whole football game in a car dealership waiting room. What kind of loser does that? A diehard football fan, that's who. 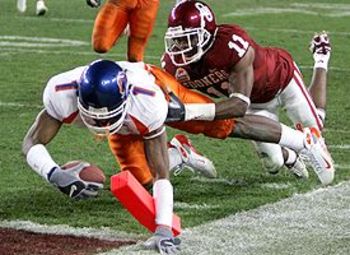 What Bronco memory bank would be complete without the 2007 Fiesta Bowl? I'll give you the quick and dirty on mine.

My wife and I were living in Seattle at the time, and the two of us had the game on in our watercloset of an apartment. It was late-ish, no one else in the building probably knew there was even a game on, but my wife and I were stressed out of our minds. When the hook and ladder play hit, we went wild, racing around the room, yelling, getting lightheaded, yelling some more, racing around the room some more. I probably spent a good two or three minutes just making indiscernible noises. I loved it. I felt like the happiest person in the city of Seattle, but I knew there were thousands of Bronco fans across the country who were just as happy as I was at that moment. It was kind of mushy and sentimental, now that I think of it.

What are some of your most memorable moments as a Bronco fan? Have a Fiesta Bowl memory to share? Let me know in the comments.