Don't buy what the 2010 Wyoming Cowoys are selling [Team Preview]

Share All sharing options for: Don't buy what the 2010 Wyoming Cowoys are selling [Team Preview]

Wyoming finished the 2009 season with a bowl win and a whole lot of help. Will that do them any good in 2010? After the jump, get a rundown of all things Wyoming, and weigh in with your thoughts on the Cowboys in the comments.

In a nutshell: Wyoming's magical 2009 was a season to remember, and good thing because 2010 could be one to forget. Close wins made UW look better than they were, which means the Cowboys are still a ways away from being the MWC contender they hope to be.

To get you ready for the season, OBNUG is previewing each team on Boise State's schedule, even the WAC ones. Today: Wyoming.

Wyoming beat Fresno State in a bowl, which was harbinger of very bad things for my bowl pick 'em results. For the Cowboys, though, the win was a triumphant exclamation point on a season that helped revive football in the state of Wyoming. If 6-6 regular seasons are all it takes, then those Wyoming folk must be easy to please. 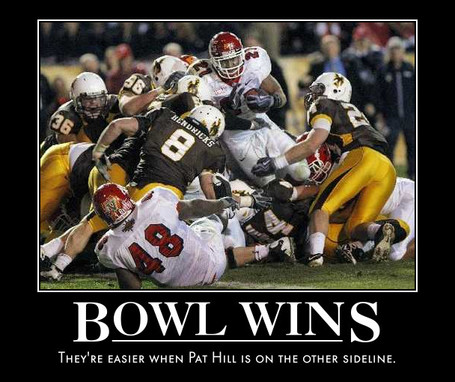 By the time you are done reading this team preview, you are probably going to think that I hate the Wyoming Cowboys. That is not true. Well, it's not true until the week of September 18 at least.

Head coach Dave Christensen is the Mountain West's version of Robb Akey, sans moustache and affinity for Are You Smarter Than A Fifth Grader. Christensen seems to get along simply by believing in his players and willing the team to victory with the sheer force of his powerful belief in team. That's good and all if you're in a movie with Denzel Washington about football set against a backdrop of racial segregation, but if you're trying to invoke continued success in a Division I-A football program? That's not going to work.

If Wyoming was a summer movie

Dinner with Schmucks. In this case, Wyoming is hosting the dinner, and everyone who thinks they are going to challenge TCU, BYU, and Utah at the top of the Mountain West are schumcks. 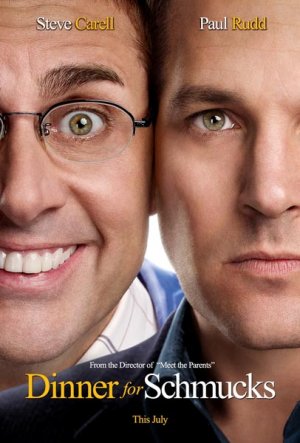 The five most important questions facing the Wyoming Cowboys

No. 1: Will Ausyn Carta-Samuels keep progressing?

Laramie folk have reason to believe that, yes, Carta-Samuels will keep getting better. He did so last year when he was thrown into the fire as a freshman, albeit with a considerably abridged playbook, and told to make plays. And plays he did make. He is a run-pass threat, which means he doesn't pass extremely well or often. Still, he found a way to complete 58 percent and throw fewer picks than TDs. If Christensen is the new Robb Akey, Carta-Samuels appears to be the new Colin Kaepernick. OBNUG temp, to the joke recycler! STAT!

Sure, you can believe that if you want. Fact is that close wins sometimes create the false sense that a team is good when they are not. In Wyoming's case, the Cowboys won four games with fourth-quarter rallies. Now, you could say that this is a sign of perseverance and determination - both good skills to have as a football team. But football is too random to have so many close wins repeat themselves year after year. Good teams win going away, not coming from behind.

For that matter, the losses for Wyoming weren't exactly close ones. The six losses were by an average of 27 points. Seems to me that the Cowboys were a lot closer to a 2-10 team than a 10-2 team.

No. 3: Should I save money by pre-ordering my Las Vegas Bowl tickets now?

Not so fast. Wyoming will be in bowl contention on the inexorable will of Dave Christensen alone, but a surefire bowl bid is not cut-and-dry. The Cowboys have the same tough competition in the conference as usual, and combine that with dates against Texas, Boise State, and Toledo, and you have yourself another win-loss record that will come down to the wire. The schedule ends with SDSU, New Mexico, UNLV, and Colorado State, so if Wyoming isn't 0-8 by that point, you can start entertaining bowl thoughts.

No. 4: What in the world is Texas doing on the schedule?

I have no idea, but it is going to end badly.

No. 5: I heard something about Utah leaving the Mountain West. That means Wyoming is the new Utah, right?

You're funny. Wyoming is definitely a team on the rise, but give them at least another year before you anoint them the next Utah. The Cowboys should have lots of starters back for 2011, including up to nine on the defensive side of the ball and the whole front seven. 2011 will be the time for serious preseason bowl talk.

What other people think of the Cowboys 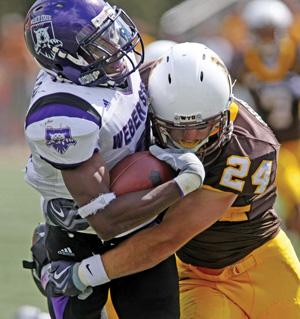 The senior safety led the team in tackles last year and provided a steady presence on an above average Wyoming defense. Expect Prosinski to get a lot of attention as a Mountain West DPOY candidate and certainly a consideration on the Mountain West First-Team.

In addition to this trio of near certain losses, the Cowboys also get another three-pack of defeat when TCU, Utah, and BYU hit the schedule in succession. I pity poor Toledo stuck in the middle of these trios. Wyoming is going to want to get its licks in while it can.

Boise State eats run-pass quarterbacks for breakfast. Austyn Carta-Samuels is a cinnamon and sugar Pop Tart if ever I saw one.

Probably not. The Cowboys are considered better than most WAC schools, but by the time UW's 2010 schedule has its way with them, the Cowboys are going to look awfully feeble in the eyes of the national media. Craig James will probably try to vote them somewhere in the 200's.

Looks like I suddenly have a rooting interest in Wyoming vs. New Mexico.

Carta-Samuels turns into a super playmaker, the team pulls an upset or two over a top-tier Mountain West team, and the Cowboys finish in the top three in the conference.

Losses, losses everywhere, and the Cowboys are left to pick up the pieces for a rebound 2011.

What do you make of the 2010 Wyoming Cowboys? Think they are better than I am making them out to be? Worried at all about Carta-Samuels' QB skills or Dave Christensen's mojo? Share your thoughts in the comments.