Share All sharing options for: 2010 Virginia Tech Hokies are who we think they are [Team Preview]

I am not very good at preseason predictions, as anyone who reads this site regularly will know. However, I can say with fair certainty that the 2010 Virginia Tech Hokies are going to be good. And I'm going to quit right there while I'm ahead.

Just kidding. Of course I'm not. After the jump, I give the Hokies the full-on preview, complete with bad predictions, biased analysis, and more. Follow along as I preview the Hokies, and share your thoughts on Virginia Tech in the comments.

In a nutshell: For a change, Virginia Tech is stacked on offense and suspect on defense and special teams. If Frank Beamer can Frankenstein himself a group of defenders, the Hokies could be national championship material by season's end.

To get you ready for the season, OBNUG is previewing each team on Boise State's schedule, even the WAC ones. Today: Virginia Tech.

Virginia Tech climbed as high as No. 4 last season (even with a Week One loss to Alabama) before falling in back-to-back weeks to eventual ACC champ Georgia Tech and perennial ACC also-ran North Carolina. They won the Chick-Fil-A Bowl and finished with 10 wins, but their biggest victories may have been finding freshman All-American RB Ryan Williams and discovering that QB Tyrod Taylor can indeed pass. 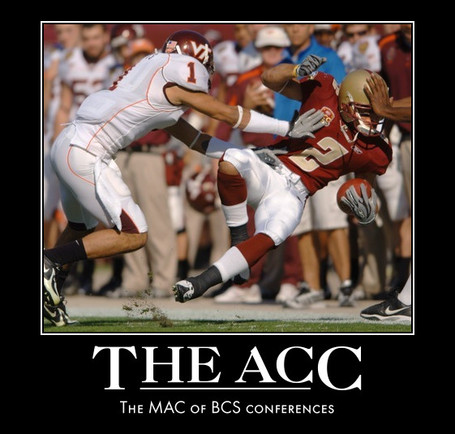 Virginia Tech will never not be a good team. It is their destiny to win 10 games, challenge for an ACC title, play in Orange Bowls nobody watches, and just miss out on national championships year after year. As such, 2010 will be no different.

In the big picture sense, it will be no different. But when you drill down to the micro level, 2010 Virginia Tech is less like 2009 Virginia Tech, et al, and more like what Chris Ault thinks his Nevada team looks like when he takes the blue pill instead of the red pill.

2010 VT is stacked on offense. Not so much on defense or special teams.

Does this keep Frank Beamer up at night? Of course not. Nightmares of discovering that there's another Vick family member and he wants to play QB - now that might keep him up. But this is Virginia Tech we're talking about. They reload, not rebuild. Ten wins will come just as sure as an unexpected loss to a conference team at an important juncture of the season. It is destiny, no matter what roster makekup it takes to make it so.

If Virginia Tech was a summer movie

Toy Story 3. Frank Beamer is Woody. Frank Beamer's neck scar is Buzz. Tyrod Taylor is Rex. Ryan Williams is Potato Head. New kicker Chris Hazley is the terrifying baby that no one wants to look in the eye. Plus, TS3 is a guaranteed blockbuster hit, sort of like the Hokies are guaranteed no worse than a Chick-Fil-A Bowl. 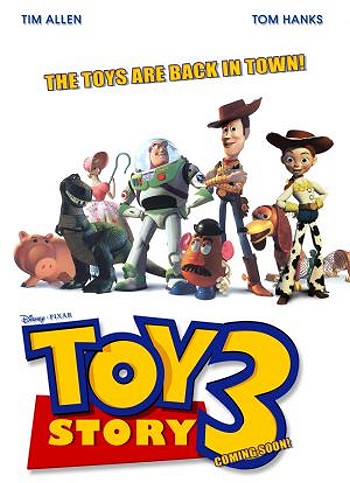 The five most important questions facing the VT Hokies

No. 1: What is Virginia Tech going to do about that horribly depleted defense?

Losing seven starters on defense at Virginia Tech is not the same as losing seven starters on defense at, say, Hawaii. There are Hokie backups who could be some of the best defensive players Boise State has ever seen. Case in point: DE Steven Friday. He's good. So is CB Rashad Carmichael, LB Barquell Rivers, and many more. Basically, don't be feeling sorry for Virginia Tech's defense this offseason. Hawaii's defense on the other hand, you can pity them all you want.

No. 2: Conceivably, could I walk on to Virginia Tech's team tomorrow and become an All-ACC kicker?

That depends. Do you have both your legs? If so, yes. Frank Beamer is a miracle worker as a special teams coach, and he deserves just as much credit for molding the feet of young men as he does for VT's blocked kick reputation. The Hokies will be breaking in a new kicker and a new punter this season. That may pose problems in a high-stress opener in a certain nation's capital, but it shouldn't matter in the bigger picture of VT's 2010 special teams performance.

No. 3: I thought Tyrod Taylor couldn't pass worth beans. Or am I confusing him with Brian Reader?

Well, Brian Reader definitely can't pass worth beans. You are right on that one. Tyrod Taylor is a different story.

Here's the stat CFB writers like to throw about as evidence of Taylor's passing prowess: Taylor led the ACC in passing efficiency in 2009. And kudos indeed for that. But dig a little deeper and you'll notice that Taylor only threw 13 touchdowns. He barely had 2,300 yards. He only completed 56 percent of his passes.

Did Taylor prove that he is more than just a running quarterback last season? Guess so. But did he transmogrify into an elite passer? Not according to the numbers I'm reading. Or the beans I'm eating.

No. 4: Is this Virginia Tech's year? Please say no.

If it makes you feel any better, VT could lose to Boise State and still probably be in the national title hunt at season's end. Such is life when you're in a conference that is friends-with-benefits with Bill Hancock. For sure, the Hokies are a Top Ten preseason team, but as I've talked about thus far, there are plenty of question marks to consider.

Throw the question marks out for a moment, and take a look at the Green Mile stretch of season-ending murder the Hokies must endure: vs. Georgia Tech on Nov. 4, at North Carolina on Nov. 13, and at Miami (FL) on November 20. Perhaps the three toughest conference games come all in a row with the final two on the road.

Is this Virginia Tech's year? I'm saying no. Now I know how Mark May feels. Ew.

No. 5: How far can the Hokies get when they lose to Boise State in Week One? See what I did there? With the past tense?

I teased this answer above, but here's a little more. Last season, VT lost their season opener to Alabama and four weeks later were back at No. 6. Think the same thing could happen again this year? Horribly enough, the Hokies could even pass up the Broncos once the elementary WAC schedule kicks in. Wouldn't that be the pits?

What other people think of the Hokies 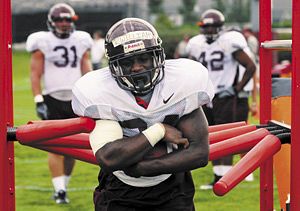 Williams rushed for 1,655 yards as a redshirt freshman last season, so yeah he's pretty good. He and Darren Evans form perhaps the best backfield in all of college football. Williams has breakaway speed, which provides a nice complement to Evans grinder style. And both should do very well in a Virginia Tech offense that is finally balanced for once.

Note that the Hokies didn't bother moving their James Madison game to allow for extra time off after a Monday nighter. I smell bulletin board material or material for whatever it is that James Madison has in their lockerroom. Felt board, maybe? Dry erase calendar?

Take it to the bank. But probably not a very reputable bank.

Yes. The Hokies will be one of the ACC's best teams, and they will challenge for a conference title and possibly more. The only way VT does not help out Boise State is if the Hokies find a way to lose to either East Carolina or Central Michigan, thereby diminishing Boise State's non-BCS result. That, and losing to Duke probably would hurt.

Virginia Tech trips up the Broncos, uses the next few weeks to get the defense comfortable, and storms through the ACC all the way to a BCS national championship game. Tyrod Taylor completes 57 percent of his passes and is lionized.

The Hokies drop the opener against the Broncos, find out that all the wrong people are starting on defense, struggle in the ACC, and limp into a middle tier bowl with an 8-win season.

What do you make of the 2010 Virginia Tech Hokies? Think Tyrod Taylor is the second coming of Colt McCoy? Wonder if the defense will get things together in time for Labor Day? Share your thoughts in the comments.