Arizona has become a hot recruiting bed of late, thanks to the efforts of coach Scot Huff (who's an Arizonan himself). That's where the Broncos found Ebenezer "Ebo" Makinde, a seven-time letterman from Paradise Valley High Schoo. Makinde was named first-team All-Desert Sky Conference as a senior as well as first-team all-region and first-team all-state. Makinde played in the Arizona North vs. South All-Star game. Makinde was also a two-time 400m regional champion in high school. Makinde received a scout grade of 74 by ESPN's recruiting service and was offered by Arizona, SDSU, Utah, UNLV, UTEP, and Wyoming.

If Ebenezer Makinde is as stingy in pass-coverage as Ebenezer Scrooge was with his money, this one is a slam dunk. 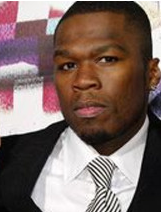 Earned Boise State's "Ultimate Blacksmith" Award for 2009. I have no idea what that means.

Anvil magazine refused to honor his Blacksmith award in their annual "Best Blacksmiths and Farriers" issue.

Makinde turned a lot of heads this Spring, putting up dominant performances in scrimmages and in weight room testing. Makinde recorded an interception in both Spring scrimmages and then posted the fastest 40 time in underclassman testing (4.34), the best vertical leap (37 inches), the best cone-drill time (6.39), and the best pro-agility time (3.86). Oddly enough, Makinde's Spring performances weren't enough to get him to crack the post-Spring two-deep. Jamar Taylor and Jerrell Gavins will fight it out this Fall to take over Kyle Wilson's vacated corner spot, and Antwon Murray is listed as the #2 behind Brandyn Thompson. So where does Makinde fit in? I've no idea. I would have thought that his showing in the Spring would have been enough to shake up the depth chart a little bit more, but we still have Fall Camp beginning next Friday and he could still make a big move. Simply stated, I think that Makinde is too much of an athlete to warm the bench in 2010, and I think he will be inserted into certain coverage packages and will be an instant contributor on special teams. His current lack of depth chart respect might simply be due to some technical minutiae that the coaches want to see sorted out before giving him more meaningful reps. 2011 is probably when we'll really see Makinde get a chance to shine as the punt return duties will be available as well as Brandyn Thompson's slot on the D. If the Broncos decide to get cute again and roll out my Fiesta Bowl fave, the 4-1-6, I think that Makinde should get some serious consideration.

Ebo was awarded the "Ultimate Blacksmith" award for 2009, that much is clear. But, did you know that Makinde was also awarded the Ladysmith Black Mambazo award?

The award comes with a packet of Wint-O-green LifeSavers.