Hard to believe, but there are only 40 days until the Broncos storm the Capital to take on the Hokies. As you may remember, last summer I embarked on the Herculean task of counting down a different roster spot for each remaining day until kickoff. So far this year, we're batting a thousand, so drop me notes of encouragement now and again so I can find the strength to get through the next couple months without breaking the streak.

We've got 40 days until kickoff...but that number has yet to be assigned on the Boise State roster (Richie Brockel memoriam), so today I'll highlight a random, numberless soul for #40—Troy Ware 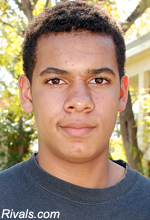 Last season, Ware received second-team all-state honors while playing wide receiver at Vista High School. He also earned first team All-Palomar League honors and was second-team all-league as a junior. Ware made 45 receptions for 699 yards and eight touchdowns as a senior and hauled in 26 passes for 482 yards and four scores in his junior year. Ware also earned a spot on the All-Academic Team as a junior and senior. All-league performer in the long jump (good skill set for a receiver). Ware was given a 3-star and a "76" rating by ESPN's recruiting service and also held an offer from San Diego State.

This is a pre-emptive nickname, realizing that this is what Mark Johnson will undoubtedly call him during broadcasts. 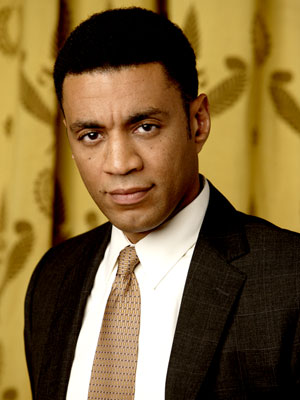 Playing in a run-oriented offense at Vista.

It's recently come to light that Ware will be grayshirting this year, meaning that he'll be joining the team no earlier than January. This obviously puts a bit of a damper on forming any 2010 prospectus, but how will things be shaping up for Ware in 2011 and beyond? Let's take a look.

2011 will bring major changes to the Boise State wide receiver landscape as both of the Broncos' top performers, Austin Pettis and Titus Young, will have moved on. Redshirt freshmen Geraldo Hiwat and Aaron Burks made huge strides in Spring Camp and will likely get a good amount of playing time in 2010 and thereby position themselves as potential replacements to Young and Pettis in 2011. At the "H" position, Kirby Moore will be a junior and Tyler Shoemaker a senior, but an x-factor will be the progression of incoming frosh Matt Miller. He likely won't play in 2010, but it isn't beyond the realm of possibility—at any rate, he will be a strong candidate to take over a starting role in 2011 and it might be at the "H" (although his measurables make him a veritable Pettis clone). Of course, Chris Potter and Mitch Burroughs will also be juniors in 2011 and we'll get a better idea of their place in the pecking order once they've shown their progression in 2010. Ware can and will use his grayshirt year to study the system and hit the weights (transforming a "soft" Ware into a "hard" Ware.../rimshot), then when/if he joins the two-deep for 2011, I think we'll see him line up at "X" or "Y" and battle with Hiwat, Burks, Potter and Burroughs (and maybe Miller). He'll be a big target, and I think his chances are good to crack the 2-deep once his grayshirt is tossed aside.

Ware comes from a big family and has siblings named Sliver, Share, Spy, and Tupper.