Because we're going to get sick of typing "Tjong-A-Tjoe" sooner than later. It's those pesky hyphens. 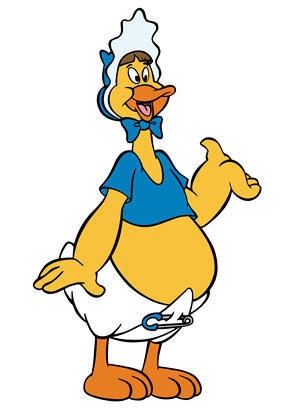 Earning a Division 1 scholly after playing one year of American football has to rank highly.

Hopefully, TAT used his redshirt year to absorb as much as he could of not just Division 1 football, but American football, in general. The definition of "raw", Ricky spent just one full season playing American ball before catching the eye of the Broncos—but this "project" could end up being one of the better defensive tackles the Broncos have had. It's literally all up to him.

First off, TAT did something at Boise State which is somewhat peculiar for an incoming defensive tackle: he dropped weight. Recruited at around 295 lbs. (don't know what that is in kilograms, sorry) and is now listed by broncosports.com as a svelte 282. TAT has the frame to support 300 lbs., and Coach Pete acknowledge on LOI day 2009 that TAT was "athletic as they come", so whether the weight drop is erroneous or deliberate remains to be seen. One thing is certain, TAT represents a new type of defensive tackle recruit for the Broncos...and he should get a chance to shine in short order. Since TAT is the last defensive tackle numerically on the roster, I feel it's time to predict just how the defensive line will shape up in the coming weeks.

Billy Winn and Chase Baker have to be considered the favorites to be week one starters, but with the number of substitutions, alignment shifts, and defensive packages, that doesn't mean we'll be seeing the other guys much less. Backing up Winn will likely be Darren Koontz, who had 10 tackles in 2009, but looks poised to become another impact tackle for the Broncos. Baker will be spelled by big Michael Atkinson. Behind Winn and Koontz, I think TAT and Chuck Hayes will be vying for reps. If Hayes' knee doesn't fail him, he might have a slight edge on the Dutchman. Justin Jungblut will be a great DT for the Broncos, but I think he still needs to add some weight before joining the posse and Matt Paradis is a darkhorse to sneak some reps away from Hayes and TAT. Behind Baker and Atkinson, I see J.P. Nisby queued up and Greg Grimes will push him hard. So...I still think TAT has a chance to see meaningful minutes this season, but that would require his mental game to have caught up to his physical game in a big hurry.

Tjong-A-Tjoe may be just one of a handful of Dutch Bronco football players, but he's the only one that prefers to wear the traditional wooden cleats of his homeland.