WAC preseason poll: OBNUG's picks and your better ones

Share All sharing options for: WAC preseason poll: OBNUG's picks and your better ones

Boise State's last hurrah at WAC media days begins on Monday when the conference's preseason poll and preseason players of the year are announced. It's about to get all obvious up in here.

So what did I do with this newfound responsibility? Why homered it up for the Broncos, of course. Here's my preseason poll and POY picks.

I believe I have some explaining to do.

Let me start with my putting the Idaho Vandals eighth. How great is that, right? Dropping a bowl winner to eighth in the conference takes some moxie, covered in bias, and wrapped in passive aggressive personal agendas. But before you go thinking that I shirked my responsibility as actual WAC voter, know this: I have real reasons for picking them so low. Reasons like:

But enough about the Vandals. The rest of my WAC picks deserve some attention, too. At the top of the conference I have the Broncos. Duh. I went with a slight curveball in the two and three spots, swapping Fresno and Nevada on the assumption that the Wolf Pack will screw the pooch at some point during the season since they'll be too focused on their season ender with Boise State.

I put Utah State way higher than they belong, picking them as the Idaho overachiever of 2010. Hawaii will be right there with the Aggies, competitive enough to challenge for a Hawaii Bowl and bad enough to give up 80 points to Nevada. Louisiana Tech will struggle with a new offensive system, New Mexico State will win a couple they probably shouldn't, and San Jose State will go winless.

Kellen Moore should be the WAC's unanimous OPOY, and if he's not, then I'll have some curt letters to write to the Nevada media. DPOY is anybody's game at this point, but probably not Davon House's game, even though I voted for him and at least a couple NMSU writers will vote for him. House is the Kyle Wilson of 2010, at least in my opinion. Although instead of a wrapped minivan, I imagine he'll get a wrapped GEO Tracker. That's how they roll in Las Cruces. 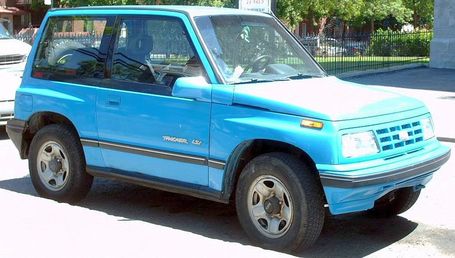 Drew's preseason picks: It's not homerism if it's the truth

Ok, so my pick for conference champ was literally a no-brainer. No homerism, eltisim, or any other -ism required to pick the Broncos to win their eighth WAC championship. They've run roughshod over the conference with lesser teams and the only game that should even be interesting will probably be in Reno...

Which is a nice segue into my pick for runner-up: Nevada. With one more season of the Angry Ostrich playing quarterback (and I say "playing" in the thespian sense), I can't help but think that hapless defenses will crash the middle of the field play after play while Kaepernick happily skips around the end for a 75-yard gain. Nevada's defense is godawful, but the offense will score enough points to win all but one of the Pack's WAC games.

Fresno gets the 3-spot because, well, Pat Hill may actually be coaching for his job now and maybe that will push them over the hump. Besides, they usually find a way to win against the dregs—but I do think they'll yet again lose to a team they shouldn't...maybe Hawaii? La Tech is at 4...I don't think they'll adapt to Sonny Dykes' spread offense as quick as they'd like to, but Ross Jenkins actually isn't that bad of a QB and I think they'll catch some teams napping. Utah State will once again get closer but go cigarless, but still beat up on Idaho yet again. Idaho will have their first successful trip to the islands since Kamehameha was running the show and kick around bottom-feeders NMSU and SJSU. Hawaii O-Five? Nah...they'll beat Charleston Southern, but a 1-4 start is a distinct possibility. I don't need to waste my breath on New Mexico State and San José State, do I? Pillowfight of the century on October 30th! Be there!

In conclusion: if Kellen Moore doesn't win OPOY honors, Mr. Fiskers will call up his cat buddies in the mafia, namely, Princess Fancybritches and Tabby Davis Junior. It could get ugly. Real ugly. 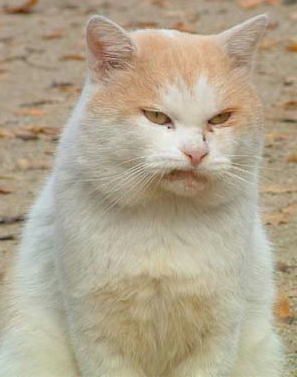 Princess Fancybritches does not appreciate your thinking outside the box. (via marybethbutler.typepad.com)

Jeron Johnson is a bit of a darkhorse, I'll admit, but I think he'll once again lead the best defense in the league in tackles and have at least five picks. I got nothin' else.

You've heard from the OBNUG team, now the OBNUG team wants to hear from you. What does your WAC preseason poll look like? Is your offensive player of the year anyone other than Kellen Moore? Would you take Johnson, Ryan Winterswyk, Winston Venable, or someone else as your DPOY?