The Boise State basketball update I mistakenly thought you demanded

Share All sharing options for: The Boise State basketball update I mistakenly thought you demanded

While poring over Boise State basketball news (i.e., stumbling across it in my RSS reader), a couple of stories caught my attention. I will never make that mistake again.

After the jump, I present two takes: Boise State's depressing nonconference schedule and La'Shard Anderson's mystery punishment for a recent arrest. Feel free to share your thoughts on both or just hang out for an hour or so until we post something new about Boise State football. To the jump!

Resuscitating the Boise State basketball program will take more than hiring Leon the Professional as your basketball coach. Yes, he brings the team credibility, but it is not enough credibility that home dates with Western State and Texas Pan American can't undo. That's right. Those are real teams. I did not make them up.

Boise State's non-conference schedule, for those of you who like seeing schools with four words in their name. Bold indicates teams I recognize. 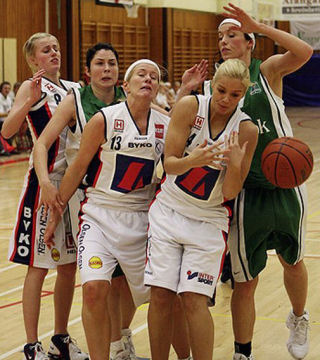 The highlight of the schedule - by a longshot - is UNLV. San Diego and Portland aren't bad, Drake plays in the ballyhooed Missouri Valley Conference, and ... that's about it. There are no Big Six-conference teams on the slate, no Gonzaga or St. Mary's either. It is a schedule that only the schedule's mother could love. Or Leon Rice.

"Before entering conference play, there will be plenty of games to test our ability against some top-25 caliber teams and a number of other schools who are likely to dominate their respective conferences," Rice said. "In addition, the potential for natural regional rivalries that can be created by playing many west coast schools is very exciting for Bronco Nation."

I'm not. I only search rabidly for Old Spice commercials and The Mtn.

If a Boise State basketball player commits a misdemeanor and no one gives a care, did it really happen?

That is the scenario facing two-time misdemeaner La'Shard Anderson and his house party turned Real World Las Vegas episode. Anderson was arrested and charged with disorderly conduct and resisting arrest last week, a policecapade that apparently only existed in the world of La'Shard Anderson and the neighborhood watch committee that strongly disapproves of T-Pain at 12 decibels.

Did Leon Rice drop the hammer on Anderson? Beats me. Beats everyone, really. There has been no word about Anderson's punishment other than a canned statement from Max Corbet:

Boise State spokesman Max Corbet says the coaching staff is aware of the arrest and are following the school's student conduct policy.

Where is the Brian Murphy op-ed column on this?

And therein lies an interesting take. Perhaps we don't know Anderson's fate because no one has cared to ask. I don't want to rush to judgment about Leon Rice's disciplinary tactics because there's no way of knowing what exactly is going on at the Downtown Nampa Nights of BSU basketball headquarters, especially not with the Alive After Five of Boise State football making so much offseason noise. Anderson's fate is inconsequential to most of Bronco Nation.

It's just another sign of how disparate Boise State basketball and Boise State football are. Maybe some day they can both celebrate their disorderly conduct charges and player arrests on equal footing. Isn't that why we brought Leon Rice here?

Do you have any thoughts on Boise State's men's basketball schedule or La'Shard Anderson's charges? No? No thoughts at all? How about that guy who put Iowa ahead of Boise State in his preseason football poll? What a buffoon, right?