Share All sharing options for: It's always Sonny in Ruston, LA [Team Preview]

The Louisiana Tech Bulldogs are one of the more Jekyll and Hyde teams in the Western Athletic Conference. They seemingly can hang with anyone within the confines of tiny Joe Aillet Stadium, even giving the Broncos quite a scare in 2009, but on the road, they're less Harlem Globetrotters and more Washington Generals.

Despite the discrepancy in home/road performance, the Bulldogs of Ruston are consistently a team to look out for. It's almost unfathomable now, but in Boise State's first year in the WAC, it was the Bulldogs who knocked off the Broncos and claimed the title while Boise State still had it's sea legs. Boise State hasn't let La Tech get the better of them since then, but that doesn't mean they're a team to sleep on—a Tempur-Pedic they aren't.

In a nutshell: The Bulldogs have a new coach and a new offensive philosophy. Sometimes this goes like gangbusters and sometimes it's a trainwreck. Which will it be for Ruston's finest? Your guys is as good as, or slightly worse, than mine.

To get you ready for the season, OBNUG is previewing each team on Boise State's schedule, even the WAC ones. Today: Louisiana Tech

Louisiana Tech limped to the finish with a 4-8 record, but not for a lack of effort. The Bulldogs had 3 losses (to Idaho, Fresno State, and Utah State) by a combined 5 points, and hung tough with Auburn, Boise State, and LSU—but as an illiterate prognosticator might say: losses is losses—and La Tech had enough of them in 2009 for people to quickly forget their 8-5 2008 campaign.

I gave Derek Dooley entirely too much credit last offseason...kinda like Tennessee gave him when they hired him as their new head coach. I thought that Dooley would have the team at least in the stratosphere of the WAC's upper echelon in 2009, and for that, I am sorry. Just kiddin', I'm not sorry at all.

Derek Dooley and his Bulldogs seem to have everyone's panties in a twist this offseason. Maybe it is because they were the only WAC team to win their bowl game, or maybe it is just because the Broncos don't always play so well in Ruston. Last year, I really felt like Louisiana Tech was going to give us a much better game than they did...I don't see them being 35 points better than last year against a better Bronco D. They'll hang around for a while, but ultimately come up short (14-27 points short).

Okay, that's not exactly effusive praise for the Bulldogs, but I was speaking of their good-ness relative to the Broncos. I actually picked them to finish tied with Nevada for second place in the conference (6-2). And hey, if this is any consolation, they only lost to Boise State by 10! 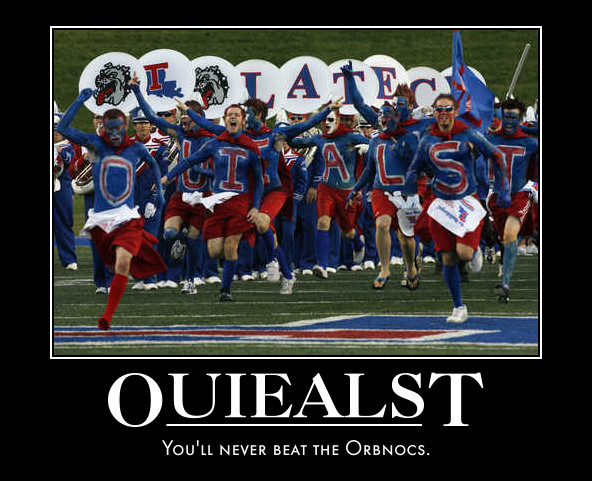 That Derek Dooley left the Tech program better off than he found it isn't really a question. Dooley's brief tenure at Tech saw only a modest bump in win percentage (predecessor Jack Bicknell had a 45.2% win record to Dooley's 45.9%) but an immodest bump in confidence and philosophy. Dooley's first year at the helm, he led a team filled with Bicknell holdovers that had gone 3-10 the previous year to a 5-7 record, and by year two his team was headed to their first bowl since 2001 (which they won, by the way). The 4-8 regression of 2009 was surprising, as was Dooley's departure to Tennesee, but Dooley's 3 years at the helm of the football team and the athletic department saw upgrades to the facilities and the fanbase. Now Texas Tech offensive coordinator turned Arizona offensive coordinator Sonny Dykes steps in and will try to install a spread offense and what will be, for the seniors, their 3rd offensive scheme/philosophy in practically as many years. Too early to tell how that's going to turn out, but hark!

Fans will love the offense and will be all-in while the bugs are worked out. Dykes will have a nice mix of his successful father, Leach's offensive audacity and Mike Stoops' intensity.

This will be an interesting year for the 'dogs as they have a workable schedule, but some rebuilding to do on what was a porous O-line. Their biggest tests will be early against Texas A&M and Navy, who drank Missouri's spread offense milkshake in their bowl game last year and of course against Boise State, who also doesn't take kindly to spread offenses.

If Louisiana Tech was a summer movie 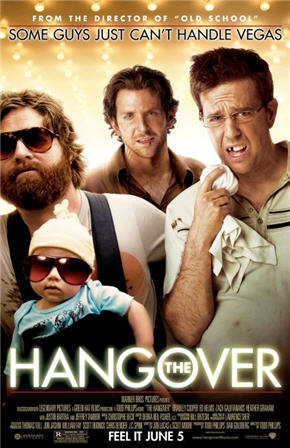 After turning an 8-5 season and a bowl win into a big pile of nothin', the Bulldogs probably felt like they'd been punched by Mike Tyson.

The five most important questions facing the Louisiana Tech Bulldogs

That wasn't really a question.

Okay, Sonny Dykes takes the wheel for the Bulldogs after 3 seasons of Dooley Time. Dykes most recent stint was at Arizona where he was the offensive coordinator. Dykes, who honest to God, has a father named Spike Dykes, is known to be a bit of a master of the spread offense and can back up that talk by showing film clips of the pinball offense he helped install at Texas Tech. Dykes will no doubt be eager to install a similar high-flying spread offense in Ruston, but the question remains as to whether he has the players currently to make such an endeavor work. I think we'll see some growing pains this first year under Dykes (still hard to type "under Dykes" with a straight face), but once he gets some of his guys in the system, Louisiana Tech could be a fun team to watch. There's no shortage of good athletes in the South.

What's the deal with Phillip Livas?

Rickets? I have no idea how Phillip Livas parlayed a stellar 2008 season that saw him account for nearly 1000 yards of total offense into a 20 catch season and less than 500 yards of total offense, but survey says: he probably wasn't 100%. Livas is an electrifying player for the Bulldogs and the fact that he sat out just one game last season is misleading. Livas was severely limited in a majority of the Bulldogs' games in 2009, but toughed it out and played anyway. The strategy was apparently to keep teams honest knowing that La Tech's playmaker was on the field, but Livas only notched 4 receptions for 30 yards in the last six games of the season and really wasn't fooling anyone.

Livas is dangerous rushing, receiving and returning kicks (1st team All-WAC in 2008 as a returner), so if his senior year is a healthy one, look for him to put the Bulldogs on his back. They can hang on to the dreads.

It won't be easy for the Bulldogs to replace the 6'2" 300 lb. Smith, who was drafted in the 3rd round of the 2010 NFL Draft by the Jacksonville Jaguars. Smith accounted for 116 tackles and 8 sacks for La Tech over the last two seasons and was as disruptive a player the Bulldogs had on the squad. Basically, he was the Billy Winn of Ruston, LA.

The best bet to take on Smith's mantle is the guy who played next to him for most of 2009, junior Mason Hitt. On top of having an awesome football name, Hitt racked up 34 tackles in 2009—including six tackles against Nevada. Hitt was named Louisiana Tech's defensive player of the week for his play against Boise State last season and he should be an emotional and physical leader for the Bulldog defense in 2010.

Is Ross Jenkins a good quarterback?

Kinda. Although if Sonny Dykes thinks he'll be able to seamlessly transmogrify into a Texas Tech passing bot, he may be sorely mistaken. Jenkins didn't set the WAC ablaze last season with his arm, but he did throw 17 TDs and only 5 picks. If his name was Nathan Enderle, he'd be on the Davey O'brien watch list by now. Jenkins flirted with 60% completion percentage in 2009 and had an 135.89 QB rating (Kellen Moore's was 161.65, but he's not human), but his major problem was taking sacks...lots of 'em. Jenkins was flat-backed 26 times last season—enough to drive a man to drink. Oops...too soon? With a competent O-line, Jenkins could be a dangerous WAC QB this year.

Is Sonny Dykes the guy that plays Cameron Tucker on ABC's Modern Family?

Surprisingly, no. The part of the rotund, effeminate brother-in-law on ABC's hit comedy Modern Family is actually played by an actor named Eric Stonestreet—but we don't blame you for making the mistake. 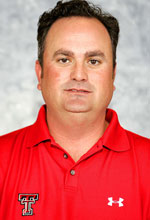 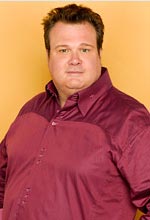 What other people think of the Bulldogs 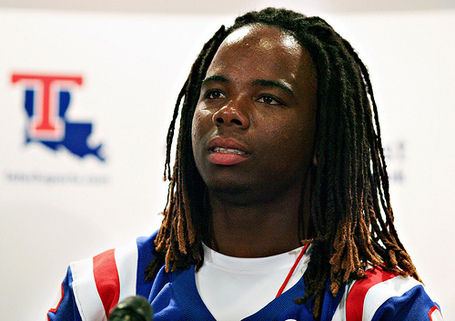 Google said this was a picture of him. I think he must be behind Whoopi Goldberg.

An All-WAC performer in 2008 and a sad reminder of what talent-starved teams are without their star player in 2009, Livas will be itching to take over ball games again after a disappointing junior season. They call him "Saturday Night Livas" (no, seriously) down in Ruston, so obviously they don't realize we play in the WAC, "home of the Thursday Night Rod Gilmore vehicle".

Louisiana Tech begins the Sonny Dykes era on September 4th against Grambling State—a great marching band with a tagalong football team. Grambling shouldn't give the Bulldogs too much trouble, and it's a good way for Dykes to furiously try to turn Ross Jenkins into Cliff Kingsbury before the meat of the schedule commences.

Boise State never has much trouble with Louisiana Tech at home. In fact, in the 8-straight wins against the Bulldogs, Boise State has won at home by nearly 36 points, but by less than 10 points when the game's in Ruston. Guess where the game's at this year?

Not a whole heckuva lot.

Admit it, one year old—you just looked at my paper upside down and copied me.

The Bulldogs beat Texas A&M on the road and handle Navy at home, win more than they lose in conference and make a bowl game.

Phillip Livas' groin calls it quits again, Ross Jenkins remembers the pointers Taylor Bennett gave him, and the Bulldogs have a sad repeat of 2009.

Will Sonny Dykes make Louisiana Tech an offensive juggernaut? Did Derek Dooley leave any of his pomade lying around? Could you project a drive-in movie on Sonny Dykes forehead? Share your thoughts in the comments.