With Kellen Moore being named to the Davey O'Brien watch list for the nation's top QB yesterday, that puts the Broncos at four out of five on 2010's preseason award rosters. How many more might the Broncos get before preseason's end?

After the jump, find out what watch lists are left and discuss what Broncos are most likely to fill those roles. Plus, see how Boise State ranks nationwide on the watch list roster.

So far this summer, five watch lists have been released, and four of them I choose to acknowledge.

Oddly enough, Byrd was on the Rimington watch list as a sophomore in 2009, but apparently the Rimington committee watched Byrd's performance in the Hawaii game. They take their snapping very seriously.

You might be wondering what the difference is between the Nagurski Award and the Lott Trophy, considering that both reward college football's best defensive player. Well, the Lott puts extra focus on the "impact" part of it, going so far as to trademark the word in all caps. Basically, the Lott awards personal character plus defensive playmaking. Yeah, I don't know how Winterswyk didn't make this list, either. 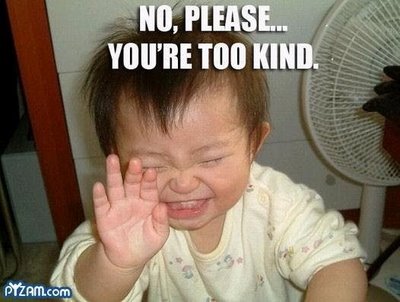 A majority of watch lists will be announced in the coming weeks as the season draws closer. Most of the ones below will hit your RSS reader in August, so purge those Deadspin Dead Wrestler posts to make room.

Wonder if any Bronco players will land on these lists? Me, too. OBNUG temp, fetch me my prognosticating hat.

Maxwell: Kellen Moore, duh. I would be shocked if Moore didn't get preseason recognition on this award's list, considering that he is easily a top ten Heisman candidate at this point.

Doak Walker: I am going to go out on a possibly shaky limb here and say that no Bronco running backs will be named to this watch list. The obvious candidate here is Jeremy Avery, and it would not surprise me to see his name on the list when it is announced. He already scored an award in February from the Touchdown Club as a player to watch.

And yes, I purposefully avoided talk of whether or not Avery is even the team's best running back. I figured I'd let you all discuss that ad nauseum in the comments.

Biletnikoff: For sure, Austin Pettis will be on this list. The drama will be whether or not Titus Young lands here, too. Most people across the country believe that the Pettis-Young duo is one of the nation's best WR combinations, and other watch lists have not been shy about naming teammates to the same list. Here's hoping the Biletnikoff does not have social anxiety disorder.

Mackey: Boise State's best chance is in Kyle Efaw, but it is certainly not a sure thing that he makes it. On the plus side, he did win Fiesta Bowl OMVP, and I would hope that some Mackey voters watched that game. On the flip side, he does not regularly get mentioned among the nation's top TEs, he has one career touchdown, and he wasn't a starter last season. I'm going to go ahead and say he gets snubbed but that he easily makes this list in 2011.

Bednarik: Either Ryan Winterswyk or Jeron Johnson will make this list, and maybe both.

Butkus: Are any of the Bronco linebackers worthy of a Butkus nomination? My money is on Derrell Acrey to be the one who gets the most consideration here. Acrey has the benefit of being a senior linebacker on a stacked Boise State defense, so Butkus voters might pick him based on that qualification alone. However, I doubt that Acrey or any other Bronco linebacker will get the call this year.

Thorpe: Jeron Johnson should be a shoo-in for this one. Don't be surprised if George Iloka gets a look next year.

Groza and Guy: Will Kyle Brotzman be on either watch list? He has been a Groza candidate in the past, but I'm hoping he gets picked for the Guy this year. His punting may have surpassed his field goal kicking, and the Guy voters have a couple years' worth of evidence to go off of.

Hendricks: Winterswyk. Not picking him would be a crime.

Where the Broncos rank nationally

Scoring four out of five watch list spots this early in the season is quite a coup for a non-BCS team. Of the 120-some Division I-A schools, only 15 could say they had four or better.

Of course, TCU had to go and rub it in Boise State's face by putting at least one player on each of the watch lists released so far (in a couple of instances, they had two nominees). And Connecticut going 4-for-5 kind of makes the feat a little less special.

Nevertheless, the watch lists do have a pretty good representation of the teams that are expected to be really good this fall. You'll notice that both Virginia Tech and Oregon State make the cut and that presumptive Nos. 1 and 2 Alabama and Ohio State are on the list. There may be truth to the fact that watch lists are more fluff than not, but it's still fun to see so many Broncos getting recognized. Now if only we could find room for Michael Atkinson somewhere. Is there no Canadian college football player award? What is Michael J. Fox doing with his time?

Which award lists do you think the Broncos will get this offseason? Think Jeremy Avery should be a Doak Walker watcher? Bet Kyle Brotzman gets on one of the two kicking watch lists? Share your thoughts in the comments.