There is hope in Las Cruces for the first time since Chase Holbrook was under two bills, and the hope comes courtesy of Aggie head man DeWayne Walker and his tight ship of mostly Caribbean cruise line towel folders. Walker and his staff waded through a three-win '09, but it was an encouraging three wins. New Mexico State people will take anything at this point.

Are better things in store for 2010? Not unless the Aggies get seriously lucky. But with Walker and CB Davon House the Aggies should at least beat San Jose State, and New Mexico State people will eat that stuff up.

In a nutshell: Success is on its way at New Mexico State, but a buffet of mediocre QBs are doing their best to delay it at least a year. Walker's Aggies are greater than Mumme's Aggies, and that's good enough for now.

To get you ready for the season, OBNUG is previewing each team on Boise State's schedule, even the WAC ones. Today: New Mexico State. Previous previews:

New Mexico State started off 3-3, which is bound to happen when you have Prairie View A&M and New Mexico on the schedule. An upset win over Utah State proved to be the high point as the Aggies lost their final seven games, completely bumming out the New Mexico Bowl planning committee and their hasty print job of New Mexico vs. Colorado State game programs. But hey, NMSU covered a 46-point spread in Bronco Stadium, so put that on a T-shirt or something.

Last year in my New Mexico State preview, I predicted a one-win season. They totally shoved that one in my face.

The September 5 game at home against Idaho will be a great opportunity for NMSU to get its season off on the right foot. With Prairie View A&M and UTEP to follow, any normal team would think 3-0 would be a very real possibility. The Aggies want to be a normal team. The season opener will show just how close (or far away) they are.

Well, the Aggies lost to Idaho, and somehow that inspired the Vandals to have a good season. Guess I got my really bad WAC teams wrong on that one. 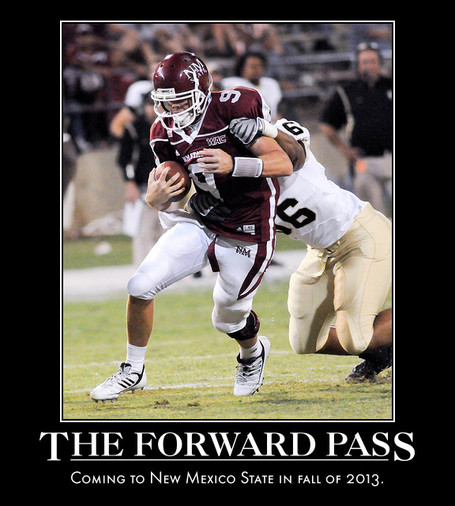 If I were predicting the WAC preseason poll for 2014, I might very well put New Mexico State in the conference's top three, especially since the WAC will only have four teams remaining at that point and one of them will likely be ITT Tech.

At any rate, the future does indeed look bright at New Mexico State - the very distant future. The Aggies have a lot of building to do, but at least they picked the right coach to turn the program around. DeWayne Walker is a no-nonsense, straight shooting man's man, which is a stark contrast to Hal Mumme's nonsense-filled, Air Raiding, 1970's-era swinger. Walker is slowly building a .500 team, and he is doing it in a way that actually makes sense for a team based in Las Cruces. Win with sound football, not with flashy players and gimmicky schemes.

How do things look in 2010? Eh, not particularly great. Once again, the Aggies find themselves without an answer at quarterback despite the fact that last year's starter returns, and the schedule features 12 games in 12 weeks - a bad sign for a roster as thin as Trevor Harman.

If New Mexico State was a summer movie

Jonah Hex. What? You didn't bother seeing it? My point exactly. 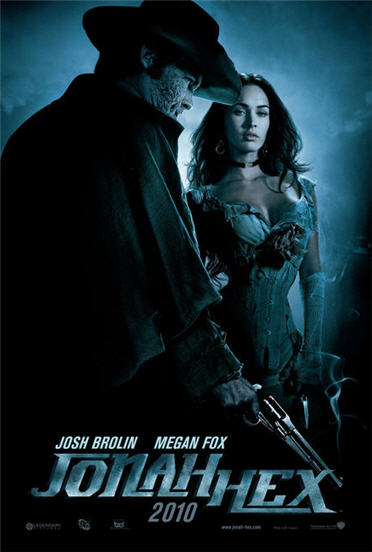 You may have heard that every team in the WAC this season has a returning starter at quarterback. This is not a good thing for some teams, like New Mexico State. Fleming got the nod whenever fellow QB Trevor Walls sucked wind, which was often, and the Flemster finished with year with passing numbers reflecting those of Mike Coughlin at garbage time.

This year, Fleming and Walls will compete with Tanner Rust, Matt Christian, and Andrew Manley in what is being described as the opposite of an NFL QB Skills Competition. Hilarity will ensue. And interceptions. And Hal Mumme rolling over in his towel cocoon.

I had a dream that the Aggies were good at pass defense. What do you think it means?

Well, the good news is that you're not delusional. The Aggies were in fact good at pass defense last year, finishing 53rd nationally in pass efficiency thanks in large part to CB Davon House and the fact that teams really don't need to pass all that much when they are up by 30 points. Fellow CB Alphonso Powell and the rest of the secondary returns in tact, so chances are good that teams will continue to choose running roughshod over the Aggie defense as opposed to passing like mad through it.

I heard that the Aggies will have a new running back this ... Oh good heavens, he did WHAT??

RB Kenny Turner will join the Aggies in 2010 as a JC recruit and former convicted felon. His crime? Aggravated battery with a deadly weapon, stemming from a gun fight. Aren't these the type of players that the University of Idaho is supposed to get?

Turner's crime happened eight years ago, and he is now 24 years old, which kind of makes him the prison-hardened version of former LaTech QB Taylor Bennett. He will compete with 1,000-yard rusher Seth Smith for carries this fall, while also showing up in the shot, er, I mean slot. My bad.

How should the Aggies measure success this year?

If I were the Aggies (and I hope to God that never happens), I would deem the season a success if I got out of the WAC's bottom three teams. To do so, NMSU has to not let San Jose State beat them (something that escaped them last fall), and the Aggies have to topple Hawaii and either Utah State, Louisiana Tech, or Idaho. Is it possible? Sure. Hawaii is beatable, and any given Saturday those other three teams could lose to just about anyone. Is it realistic? My gut says no. New Mexico State Internet celebrity Sam Wasson says yes.

Is it a good thing that 18 starters return from last year?

Probably not. Experience will undoubtedly help in the inevitable 13-10 battles of attrition that this Aggie team will find itself in. But 18 mediocre players are still 18 mediocre players. They don't necessarily get better the longer you keep them around.

The one fresh face that should help out is new offensive coordinator Mike Dunbar, a veteran of Northwestern, California, and Minnesota. He came to New Mexico State presumably because he likes a challenge and probably because he hates himself just a little bit. He has eight offensive starters from last year to work with, so good luck with that.

What other people think of the Aggies 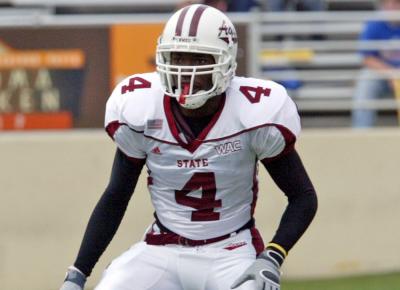 It's not easy being first-team All-WAC in something. Just ask a Boise State linebacker. But House is a good one, having turned in one of the best corner seasons in CFB last fall. He is the Kyle Wilson of the Aggies' defense, so you can expect some enterprising Las Crucen to paint House's shirtless body on some sort of Pinto or Vega.

Believe it or not, the game that the Aggies really care about in this stretch is the New Mexico one. Good thing, because they aren't winning the other two.

Of course, 6-6 would make the Aggies bowl eligible and could very likely mean a trip to the Human Bowl for a game that I will avoid at all costs. Please be wrong, baby toddler.

Jeff Fleming wins the starting quarterback job this fall, Seth Smith spontaneously combusts after Week Three due to too many carries, the Aggies lose to New Mexico and San Jose State and finish winless on the year

Do you care at all about the New Mexico State Aggies? Think they are headed in the right direction with DeWayne Walker? Worry for your life if Kenny Turner ever hooks up with famed Las Cruces homeless man? Share your thoughts in the comments.