We've got 57 days until kickoff...so today we'll take a look at #57 on the Boise State roster—Garrett Pendergast

Dude looks quite non-plussed in his photo. 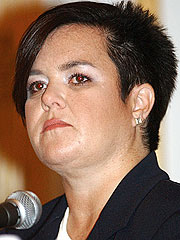 Significant playing time in 2009, appearing in 11 games with five starts.

Broken ankle during bowl prep forced him out of the Fiesta Bowl lineup.

Another versatile lineman for the Broncos, Pendergast could feasibly line up at center, guard, or tackle. Last season, he did most of his work at tackle, earning 5 starts in 11 appearances until a broken ankle sidelined him before the Fiesta Bowl. Well, they say when one door is closed a window is opened, and Pendergast's injury allowed Bronco Nation to glimpse the next potential star at right tackle, Brenel Myers. Now, I'm not saying that Pendergast didn't perform capably at tackle during the season—he did—it's just that his injury created a shuffle along the line that allowed Myers to showcase his skills at tackle, which ended up being a natural position. So...now everyone is enamored with Myers at right tackle, but that doesn't mean that Pendergast (or even Matt Slater) are chopped liver. Pendergast was still rehabbing his ankle injury this Spring and didn't see any time on the field, which, unfortunately will allow Myers to become more deeply entrenched at the position and while Pendergast's experience could help him regain ground this Fall, it might just be that Myers is the better tackle. When Garrett returns for Fall camp, the O-line landscape will have changed drastically from a year ago...Nate Potter is now playing left guard, Joe Kellogg is now at center, Brenel Myers is the favorite to win the right tackle spot, and the other tackle position looks like a two-man race between Charles Leno and Faraji Wright. There really isn't much room to move around for Pendergast, so I think he'll just stay pat and battle it out with Slater and Myers in the Fall—winner take all. Based on what is admittedly a small body of work, I would say that Myers will be the man to beat, but I think Pendergast will push him the hardest and get plenty of reps in 2010, just less overall starts.

Pendergast once won a staring contest against Stevie Wonder.