We've got 58 days until kickoff...however, that number is yet to be assigned...so today we'll pick a random, numberless sould to fill the #58 slot—Jeremy Ioane 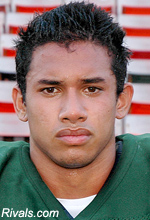 Ranked anywhere from the 6th to the 9th best prospect in the state of Hawaii in 2009 and hailing from powerhouse Punahou High School (Barack Obama's alma mater), Jeremy Ioane was basically a stud on the gridiron at virtually every position he tried. At various times, Ioane played safety, running back, quarterback, wide receiver and linebacker for the Buff 'n Blue, but it was safety where he really left his mark. Ioane was named first-team All-State in 2009 by the Honolulu Advertiser and the Honolulu Star-Bulletin and was a first-team All-Interscholastic League of Honolulu selection as well. Ioane earned first-team All-ILH honors as a junior. A baseball star as well, Ioane helped the team to state championships in 2008 and 2009. Rate a 3-star player by scout.com and rivals.com, Ioane fielded scholarship offers from Utah, Washington, Washington State, Stanford, and Notre Dame...mainly because of this video, which quite frankly, I could watch all day:

By my math, Ioane benched 405 (albeit, with a pretty good spot and a pretty good bounce), deadlifted 455, and squatted about the same. Bare footed.

Not trying to reinforce any stereotypes here...Ioane hails from a land of pineapple and hits like a freakin' freight train. 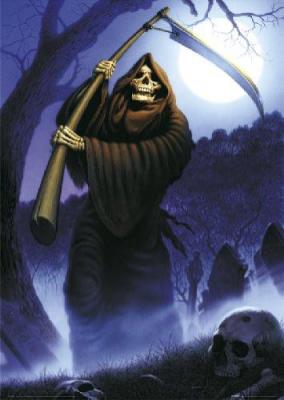 Do fear the reaper.

Helped lead team to the Hawai'i Division I state championship as a junior in 2008. Back-to-back state titles in baseball.

Having to sit through this entire video while on his official to South Bend.

Perhaps no 2010 signee has created as much buzz as Mr. Ioane (you watched the video, right?). A seemingly fearless defender, Ioane is a de-cleater in its purest form. He accelerates into tackles, seems to crave contact and hits ball carriers with the baddest of intentions. You will love him for it.

No one yet knows where Ioane will line up for the Broncos. He has the skillset to play the nickel position, having played both safety and linebacker at Punahou, but also seems like a natural fit at strong safety. Unfortunately for Bronco fans, both positions seem to be locked up for 2010, with Winston Venable returning after a strong '09 at nickel, and Jeron Johnson preparing for his senior season at strong safety. Both Venable and Johnson were All-WAC last season, and both will be gone next year. In 2011, Ioane will be starting at one of those positions. My guess is that he'll end up playing strong safety...and Boise State could definitely use a fearsome defender like Ioane to put the fear of God into receivers and tight ends running routes across the middle of the field. Every one of us would like to see what Ioane can do when he dons the blue and orange, but barring injuries, I just don't see how it will be this season. He looks like he has what it takes to be a four-year starter, might as well be once the Broncos enter the MWC.

There is some debate as to whether Jeremy's last name is pronounced "Eye-own" or "Ee-oh-ah-nee". It's actually pronounced "Smith".