Hard to believe, but we are officially under 100 days until the Broncos storm the Capital to take on the Hokies. As you may remember, last summer we embarked on the Herculean task of counting down a different roster spot for each remaining day until kickoff. Well, I burned out after about 30 days and the countdown was spotty at best until the Ducks rolled into town. I've recommitted myself this offseason however, and I'm shooting for 100 percent this time around.

We've got 91 days until kickoff...so today we'll be taking a look at number 91 on the Bronco roster—Greg Grimes

By breaking the Aggies' hearts. Grimes was a highly-decorated player at Sacramento's Inderkum High, where he received first team All-CIF and conference player of the year honors and was also named first team all-conference on three separate occasions. In Grimes senior year alone, he accounted for 94 of the team's tackles and five quarterback sacks. Naturally, the stout DT was drawing lots of interest from schools all over the region, but his size seemed to be a factor that caused some schools to withhold a scholly or offer him a mere walk-on nod. In the end, only Utah State, San Diego State and Boise State extended solid scholarship offers and the choice was easy—he chose Utah State...wait, what? Whether as a joke or because the Broncos scholarship offer came a little late, Grimes actually originally gave the Aggies his verbal, but had a long weekend to think things over and switched the Broncos on 2008's LOI day. 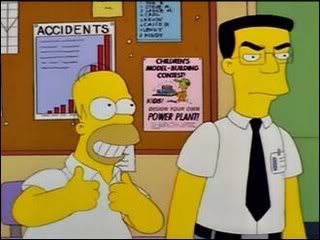 We'll go to Grimes' recruiting pic for this one. Survey says: Young Andre the Giant

Not many so far. Recorded 3 tackles and half a sack in a highly truncated 2009.

As I've mentioned before, the Broncos' D-line (specifically the interior) is stacked like an IHOP flapjack feast this year. Never before has Boise State had such a deep, talented, and thick group of DTs and the competition is going to be fierce to get valuable minutes. With so many DTs to choose from, you'd think the Broncos could just throw fresh legs in every other snap...but that isn't really how things work—the Broncos will probably count on the DTs to play 4 or 5 snaps in a row before substitutions are made (unless specific situations arise like a sure passing down or a goal line stand). This obviously leaves 4 to 5 DTs that will get the bulk of the snaps, and as I mentioned before...the two incumbents for the first rotation are Billy Winn and Chase Baker. After Winn and Baker, the slots are wide open (and I do mean wide), with Michael Atkinson, Darren Koontz, Chuck Hayes, Ricky Tjong-A-Tjoe, Matt Paradis, Justin Jungblut, JP Nisby, and Greg Grimes all hoping to move into the 2-deep. Grimes was severely limited last season after an injury in Fall camp, so we didn't get to see much out of the stout California DT, but his recruiting vids show that he has a good motor and he put up big numbers playing prep ball, so I'm sure if he's fully rehabbed he'll be right in the mix. Obviously, with Grimes healthy his stats will improve as well—and it's a sure bet that his tackle numbers in 2010 will far outstrip his 2009 output. Look for Grimes to make a move in Fall camp in the great DT battle of 2010.

Grimes once put a Popeyes Chicken in Modesto completely out of business.