Hard to believe, but there are under 80 days until the Broncos storm the Capital to take on the Hokies. As you may remember, last summer I embarked on the Herculean task of counting down a different roster spot for each remaining day until kickoff. So far this year, we're batting a thousand, so drop me notes of encouragement now and again so I can find the strength to get through the next couple months without breaking the streak.

We've got 70 days until kickoff...so today we'll be taking a look at number 70 on the Boise State roster—Zach Waller

Waller was a two-year letterman at Franklin High School in Ryan Dinwiddie's old stomping ground, Elk Grove, CA. Waller came into his own at Franklin HS as a junior and senior, as he was selected All-Delta Valley Conference and second-team all-city. Waller's prowess at tackle also led to his selection for the inaugural Holiday Bowl All-Star Game. The largest nerd scholar since Jake Broyles, Waller was named a scholar-athlete in 2005 and 2006. Waller had one other scholarship offer from Nevada, but being a scholar-athlete, he analyzed the situation and found that playing for a hot-headed octogenarian wasn't the best career move. 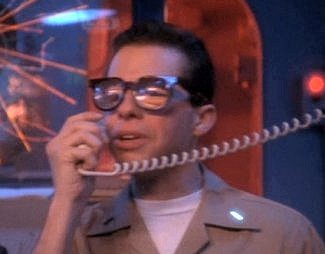 In high school elected to play in inaugural Holiday Bowl All-Star Game. Played in 8 games in 2009.

Getting beat on 3 consecutive plays by Shea McClellin in Spring practice. McClellin also gifted Jake Broyles his lowlight. No respect, I tell ya. No respect.

Waller played in two games as a redshirt freshman in 2008, and in eight games in 2009. If this trend holds, he will see action in 32 games in 2010. Good luck with that. Waller's primary position on the O-line has been at left tackle, and while he's provided valuable depth and has good size for the position, he's maybe not as athletic or agile as the favorites Charles Leno and Faraji Wright. Jumping to the other side of the line wouldn't be terribly beneficial either as Brenel Myers is a rising star at the position and expected to take the reins come September. Does this mean that Waller will concede the starter role come Fall Camp and slink back to the bench to wait things out? Not by a long shot. Waller is a competitor, and he's played in enough games now for the Broncos to have gained valuable experience. The talking heads may have picked the favorites in the race, but the coaches have not. Fall Camp can completely erase whatever tentative pecking order was established in Spring Camp, and Waller could be the man come September. Our observations say he's not the odds-on favorite, but he's capable of making a late run. I mean, did you think Michael Ames would be the starter against Oregon last season? I rest my case.