Hard to believe, but there are under 80 days until the Broncos storm the Capital to take on the Hokies. As you may remember, last summer I embarked on the Herculean task of counting down a different roster spot for each remaining day until kickoff. So far this year, we're batting a thousand, so drop me notes of encouragement now and again so I can find the strength to get through the next couple months without breaking the streak.

We've got 72 days until kickoff...so today we'll be taking a look at number 72 on the Boise State roster—Matt Slater

Despite going to a high school that sounds like a fraternity house in Revenge of the Nerds, Slater tore up various turfs in St. Paul, Minnesota as a prep. A three-year fixture on the football team and a 4-year starter on the lacrosse team, Slater worked his way into all-conference, all-metro, and all-state form by the time he was a senior. Slater forgot to say "no takesies backsies" to Indiana, as they offered him a scholarship and then summarily yanked it out from under him...so Matt went on the road and was able to get invited walk-on status with the Broncos. Slater redshirted in 2006 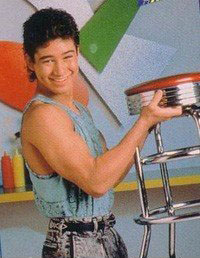 That dude from Kindergarten Cop

Played in 26 games on the offensive line for the Broncos between 2008 and 2009 seasons—allowing the lowest sack totals in the country. Named to All-WAC academic team in 2008.

Indiana playing games with his heart.

The last few seasons have been good for Bronco fans, and they've been good for Matt Slater, as he's come full-circle from wandering walk-on to O-line mainstay. Slater has mainly seen time at tackle in his two productive years for the Broncos ('08 and '09), but 2010 will likely see him line up at guard. Unfortunately for Slater, he'll be behind a player that is green at the position, but still expected to get the starting nod—Nate Potter. Potter's formidable size and talent may prevent Slater's senior year from being one fraught with bountiful playing time. I still expect Slater to play in most, if not all, of the Broncos' games this year, but jumping in front of Potter on the depth chart will be a tall order (figuratively and otherwise). Slater's wealth of experience, however, is a large asset to the Bronco O-line, and at a position that is rather thin, we're lucky to have a player of his caliber in the wings.

During his summers in Minnesota, Slater worked at the Hotdog on a Stick™ at the Mall of America, where he corned many a dog.