We've got 85 days until kickoff ... so today we'll be taking a look at number 85 on the Bronco roster - Touchdown Tommy Gallarda.

Gallarda was a highly regarded California recruit who pulled down offers and interest from Cal, Colorado, Tulsa, and UNLV, just to name a few. He was all-league twice on both offense and defense and was named the league's DMVP. His senior season was pretty awesome.

As a senior caught 48 passes for 810 yards and 11 touchdowns while finishing with 50 tackles, four sacks, two forced fumbles, one fumble recovery, two pass deflections and an interception he returned for a touchdow

My senior year, I finally finished going through puberty. 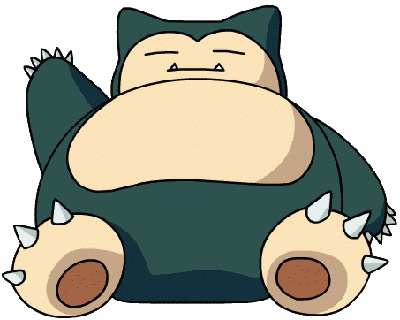 The Snorlax from Pokemon.

To this point, I would have to say that the most impressive thing that Gallarda has done is keep fellow TE Kyle Efaw below him on the depth chart. Gallarda was a quiet, sorta factor his first two years as a Bronco before seeing significantly more time last year once Chris O'Neill graduated. Gallarda's best game was, without a doubt, last year's affair at Tulsa, where El Oso went two-for-three on receptions for touchdowns.

I hate myself for remembering this, but Gallarda had a pretty tough drop in a pretty tough game two years ago in San Jose State. In fact, his best work to this point in his career has been reversing the stigma that he has cinder blocks for hands, a reputation that some Bronco fans bestowed upon him after a rocky start. There is hope for Mitch Burroughs after all!

The Gallarda-Efaw combination will be fun to watch for Bronco fans this season. Many expect Efaw to supplant Gallarda in the starting lineup since, well, Efaw is spectacular. But Gallarda's influence on the offense has always been one that goes below the surface of what fans see, mostly because fans do not watch blocking very closely.

Gallarda will be a vastly important piece to the Broncos' offensive puzzle. He is stellar as a blocker, and he showed a savvy knack for catching touchdowns early last season. Expect Gallarda to get plenty of time in Bronco run packages and in short yardage situations, and do not be surprised at all to see Gallarda's name at the top of the tight end depth chart this fall.