We've got 86 days until kickoff ... and since there is no current Bronco player who wears jersey No. 86, we'll be taking a look at a potential 86 - incoming freshman TE Holden Huff.

Huff was a late addition to the Broncos' 2010 recruiting class, verballing on the dotted line just days before official LOI Day. Huff also considered Sacramento State, the same way that I consider throwing myself off a bridge before realizing that, hey, there are some stairs right over there.

Huff was first-team all-conference and all-section at Rocklin High and was named 2009 Conference Playmaker of the Year en route to setting Rocklin records in receiving yards, receiving touchdowns, and, presumably, awards. (Also of note: He caught passes from 2011 Boise State recruit Jimmy Laughrea.) His late commitment to the 2010 class was odd in that Boise State already had one-and-a-half TEs committed in a class of eight and that Huff's spot was hopefully reserved for Hawaii S Jeremy Ioane. But Bronco fans had their Huff and ate their Ioane, too, so no harm done. 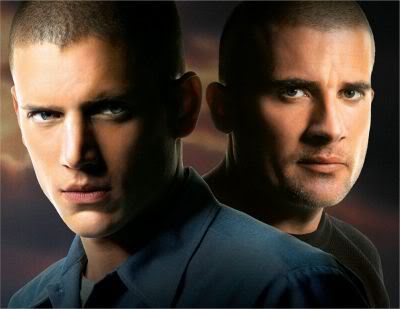 The guy from Prison Break.

In what may be the first scout team prediction ever written, I am predicting that Huff will win Boise State's Scout Team Special Teams Player of the Year in 2011. You can take that wager to Vegas, where you will most likely be told that no wagers exist for such things.

For what it's worth, Huff was STPOY for his conference in 2008, and he can do some pretty amazing athletic things, like high jumping 6'2" and throwing a shot put 47 feet. Plus, if you remember back to yesterday's countdown, you will recall that TE Gabe Linehan is the reigning scout team STPOY, so it's obviously a tight end thing.

I would also like to go on the record in saying that I am very high on Huff's potential as a tight end-type person. He is 6'6", which is the tallest of all Boise State's current TEs. He averaged nearly 24 yards per catch in high school, which sounds like an 8-man football statistic. He has the potential to be a terrifyingly effective weapon coming off the line or even in the slot, and once he adds pounds onto his frame, he'll be a great fit in the Bronco offense.

Huff is grayshirting solely because he wants nothing to do with being a Boise State Bronc in the Western Athletic Conference. He will just assume wait for MWC membership to begin, thankyouverymuch.