Public Enemy No. 1: The case for Craig James

Share All sharing options for: Public Enemy No. 1: The case for Craig James

Voting failure extraordinaire Craig James was the clearcut favorite to win Public Enemy No. 1 back in January. Is he still the worst person ever in the minds of Bronco fans?

After the jump, relive his AP vote of infamy and share your thoughts on whether or not you still hold James in as little regard as you did four months ago. A terrible voter, a smug analyst, a doting father, Craig James for Public Enemy No. 1 starts now.

James is a college football analyst for ESPN, a voter in the AP poll, an aspiring politician, and most definitely not on Mike Leach's Christmas card list. You may recognize him from his Facebook page.

Reasons to let Craig James off the hook 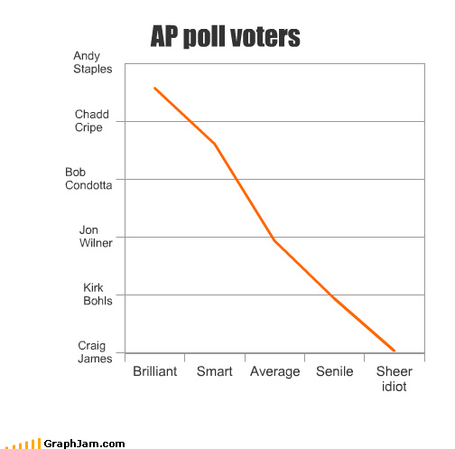 His full name, according to Wikipedia: Jesse Craig "Pony" James. 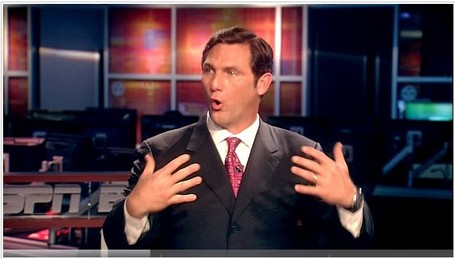 Since January, James has been the frontrunner for Public Enemy No. 1 because of an indiscretion that was equal parts insanity, ignorance, massive brain fart, pure unadulterated hate, and typo. James ranked Boise State No. 7 to close the year - easily the lowest ranking for BSU among all AP voters. His poll: 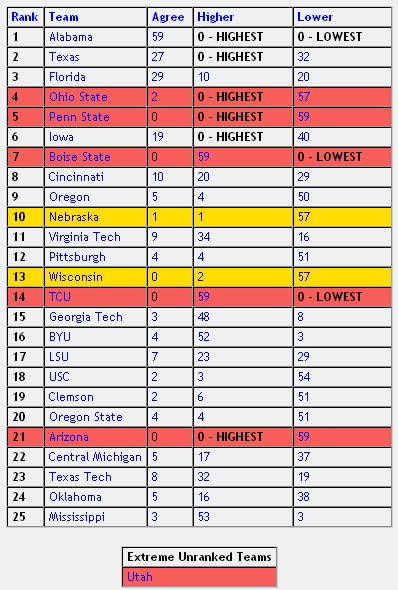 For those of you who answered, "Wait, neither Ohio State nor Penn State were that good, and neither one finished the season undefeated, and BAD WORDS Iowa?" You are correct. For whatever reason, James thought it best to prop up the Big Ten (perhaps confusing it with the SEC?) and silence the non-BCS, ranking TCU No. 14, BYU 16, Central Michigan 22, and forgetting all about Utah. Considering the width and depth of inanity in his poll, it's sort of surprising that SMU did not make an appearance.

There was nothing you could have said in January that would have saved James from becoming Boise State's Public Enemy No. 1. The only thing saving James now might be time.

His despicable act of loserness happened four months ago, and he has been relatively quiet since. But do not misinterpret quietness for complaceny. If there were a poll between that occurred between January and May, James would find it, fail to understand it, and vote Boise State outside of the top ten in it.

Allow me too remind you of the way you felt back in January by taking a stroll down commenting lane. Your feelings on James then:

Craig James is a less than dishonorable idiot

God help us all

If Craig James wants to rank an undefeated Boise St #7, who by the way has 2 wins over BCS top 10 teams, the Poll Oversight Committee (P.O.S.- appropriate because I feel the entire system is a PIECE OF BAD WORDS!) can take a look at this and say, "Sorry Mr. James, you need to explain yourself or relinquish your vote because you are obviously not qualified to participate."

general BW clown of the year

What an obviously bias fool.

Four months ago, James was the most hated man in Bronco Nation. Has he done anything since to change that?

His polls are inept, his parenting skills are overzealous, his analyst role is pompous. He is the picture-perfect villain in every way. Don't let time change your opinion of this man. He is every bit as inflammatory, evil, and anti-Boise State as he has ever been, and when his preseason poll comes out in August, you can guarantee that Boise State will not be where they belong.

Vote Craig James for Public Enemy No. 1. You've wanted to since January.