Optimist, pragmatist, or traditionalist: How will you view Boise State's 2010 success?

Share All sharing options for: Optimist, pragmatist, or traditionalist: How will you view Boise State's 2010 success?

The question was posed to me the other day: What makes Boise State's 2010 season a successful season in your eyes? My immediate gut reaction: "Uhhhhhhh."

Amid all the preseason hype, I had yet to consider what I expected out of this 2010 Boise State football team. Am I BCS or bust? Do I need a national championship? Is Karl Benson's admiration enough? After the jump, I list a number of different ways that Bronco fans can approach the upcoming season, and I'd love to hear your thoughts. What will make the 2010 Bronco football season a successful one for you? 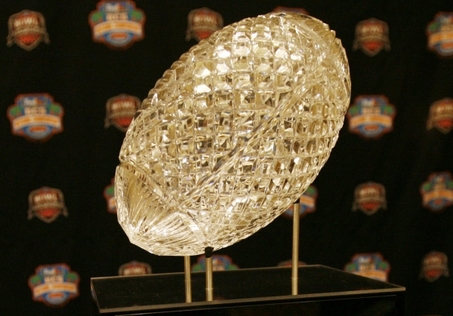 "Nothing short of the national championship game is good enough."

The fan who falls into the visionary category recognizes that this may be the best team in Boise State history and the best chance the Broncos ever have to seriously contend for a national title. Go big or go home, right?

Plus, it is hard not to be a visionary when everything you have read and will read this offseason proclaims the Broncos as national championship material. Throw in some blind faith in the BCS process plus a great deal of confidence in the Broncos' abilities, and you have yourself a recipe for the loftiest of lofty expectations.

Not sure if you are a visionary? Then ask yourself this: Will you be disappointed if the Broncos do not make the national title game?

"I require a BCS bowl win over a BCS team."

There exists the possibility that an undefeated Bronco team could get shut out of the national championship picture, and the elitist embraces that fate with one caveat - just don't make the Broncos' BCS game another non-BCS consolation party.

Not sure if you are an elitist? Then ask yourself this question: Would I be happy with a Houston-BSU Fiesta Bowl?

"Anything less than a BCS bowl is a failure."

The Broncos have made BCS bowls with lesser teams than the one that they will trot out on the field in 2010. Does that make anything less than a BCS bowl this season a disappointment?

For the Broncos to miss out on a BCS bowl, they would likely have to lose at least one game along the way. So if you dreamed of a third undefeated regular season in three years, you are likely no worse than a traditionalist. Note also that subscribing to the traditionalist way does not make you contractually obligated to expect a BCS win or even a BCS-conference opponent. Simply making it to a big bowl (and reaping the monetary rewards) would be considered a success.

Not sure if you are a traditionalist? Then ask yourself this question: Can I sleep at night knowing this Bronco team played in the Humanitarian Bowl?

Sure, it is not the sexiest of Boise State expectations, but winning a conference title is still a big deal. I would have you ask Pat Hill, but, well, you know.

Conference play, especially for the Broncos, is not as easy as it looks. For the past decade, BSU has played with a target on its back, so escaping conference play unscathed is a bigger deal than you might think. Plus, a conference title is the only thing that the Broncos can completely control. There are no polls, no formulas, and no politics. Using a WAC title as your criteria for success may be unambitious, but it is certainly practical.

Not sure if you're a pragmatist? Then ask yourself this: If the Broncos lose to Virginia Tech and Oregon State, will I give up all hope? 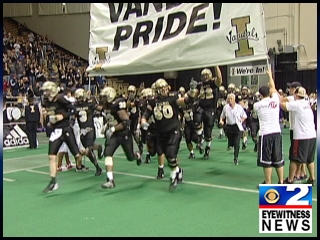 You have nothing to be ashamed of if this is your only requirement for a successful season.

Not sure if you're an antagonist? Then ask yourself this: If Boise State went 1-12 with the one win coming over the Vandals, would I be content?

"The season is already a success."

It may be hard to wrap your head around deeming a season a success before a single game is played. The fan who believes this way must take several big steps back and look at the Broncos on a macro level. Boise State has done a lot to change the culture of college football, no more so than this offseason. Regardless of whether they make good on their preseason hype with a national championship appearance or if they get shut out of the title game due to BCS politics or even if they succumb to injuries and the bounce of the ball and drop a couple games along the way, much of the 2010 story of Boise State has already been written, and for an optimist, there has been enough to deem 2010 a success.

Not sure if you're an optimist? Then ask yourself this question: Will the season be a failure if Boise State loses two or more games?

I am an optimist, which is ironic because I am kind of pessimistic about this season. All this talk about Boise State in the national championship picture is remarkable and unprecedented, and the fact that Boise State has achieved so much national respect and attention is more than I could have ever dreamed of. The Broncos have done something that no other non-BCS has ever done and something that no one thought possible just a couple years ago. And they have done so without even opening Fall Camp yet.

Of course, the pessimist in me is still doubtful that college football will properly handle an undefeated Broncos team. And the football realist in me recognizes that there are so many little factors that go into an undefeated season - games turn on bounces of the ball - much less three undefeated regular seasons in a row that the odds are not exactly in BSU's favor. And if I'm being real honest with myself, I am probably in the optimist camp because that is the easiest one to be in if this season should happen to turn south.

Still, for all the Broncos have accomplished before even winning a game, I consider their 2010 season a success.

But ask me again on Labor Day.

Which approach do you take for the upcoming season? How do you think the Bronco football team will set its goals and expectations? Are there any types of fans that I left out? Share your thoughts in the comments.