Share All sharing options for: Boise State to the Mountain West: Five demands Broncos should make

Boise State and Mountain West rumors hit epic proportions on Friday when journalists both credible and sketch proclaimed that MWC expansion was virtually inevitable. Tell us something we didn't know 14 months ago.

Assuming there is no stopping the Mountain West moving van, let me at least caution the Broncos to not go to purportedly greener pastures without some extortion. After the jump, see five demands I think the Broncos should make before Mountain West relocation is a done deal, and feel free to share your wants in the comments.

Chadd Cripe summed up Mountain West maneuvering nicely in a story he wrote over the weekend. I suggest you read it and avoid the comments section at all costs.

Boise State to the Mountain West is far from the only expansion/realignment/power grab of the offseason. The Big Ten may go to 12 teams or 16. The Pac-10 could add extra schools and a championship game. The Big East could cease to exist as we know it. The Sun Belt could switch from Southwest Airlines coach to Southwest Airlines business select. And when the dust settles, the Mountain West could be little more than a landlocked WAC.

If Boise State is the first realignment domino to fall, can it get a do-over if the rest of the dominos don't fall the way they want?

I would hope so. There is no doubt that a move to the Mountain West makes perfect sense for Boise State today. But if Utah leaves to the Pac-10 or TCU heads to the revamped Big XII, then the Broncos would be left in the lurch, holding hands with San Diego State and Air Force and wondering where it all went wrong.

Smarter minds than mine can certainly figure out a way to write an escape clause into Boise State's new MWC deal. If the Broncos sign on the dotted line, they should protect themselves by allowing for an annulment if one or more of the MWC's big teams leaves.

I see no point in going to the Mountain West if Utah, BYU, and/or TCU are not there. 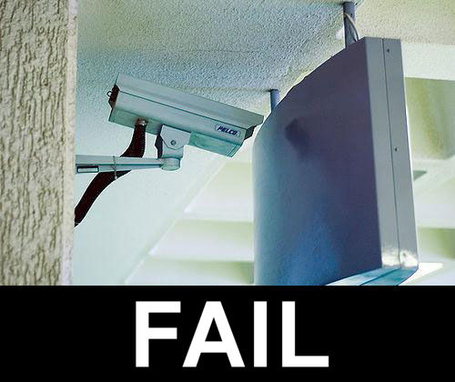 The Mountain West Conference plays its football games in a vacuum, narrated by Trev Alberts. The .Mtn network plus Versus and CBS College Sports does not equal ESPN. If Boise State is to leave behind the exposure and availability that the Worldwide Leader offers, they had better get Mountain West commissioner Craig Thompson's guarantee that the MWC will not exist on far-off sports tier packages in perpetuity.

If Boise State goes to the Mountain West, the conference would then have 10 teams and the conference schedule helper monkey would have his work cut out for him. Do you make each team play nine conference games, thereby limiting them to only three nonconference contests? Or do you stick with an eight-game schedule and skip out on playing one team every year?

MKingery points out the obvious trap of going with the latter.

If BSU moves to the MWC and the conference holds at 10 teams, I hope they move the direction of the PAC-10 and play a full conference schedule with only 3 OOC games. I don’t want to see the possibility of two teams going unbeaten in conference because they didn’t have to play each other.

Good point. But how about this? On the flip side, I think that the Broncos need to demand the autonomy of a four-game non-conference schedule for several reasons. The freedom of four OOC games allows Boise State to seek out bigger revenue sources for one-and-done deals, it gives flexibility to boost strength of schedule if need be, and it provides a better opportunity to keep old WAC rivalries in tact without sacrificing the requisite BCS schools on the schedule.

You could avoid MKingery's apocalypse by creating a rotating schedule where the worst team from the prior year avoids the best team, the second-worst avoids the second-best and so on. And the one year that Colorado State and Wyoming both go undefeated? Well, armageddon will have happened long before that. 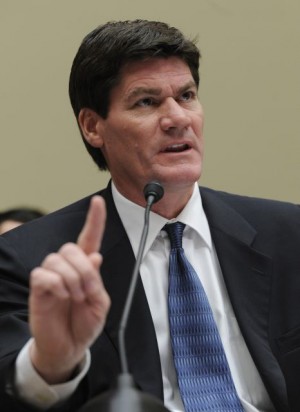 I am of the mind that moving to the Mountain West - even if the Mountain West doesn't have an automatic bid to the BCS - is a good move for the Broncos, provided that all current MWC members stay put (see demand No. 1 above). That said, the idea of adding Boise State is clearly to make the Mountain West's case for BCS inclusion all the more likely, and I am all about that.

Simply adding Boise State will not be enough for the MWC to get automatic inclusion, but it may be good enough to pass BCS exemption. Doing so would cement the Mountain West as an automatic-qualifying BCS conference from 2013 all the way until ... 2014, at which point the eval process can start from scratch.

Furthermore, if the Mountain West did gain automatic qualification status, it would be good for just two bowl seasons - 2013 and 2014. A new four-year evaluation period begins this year for use in bowl seasons 2015 through 2018. It's a big risk adding another school for an uncertain - and short-term - payoff.

Being a BCS conference for two years would be nice, but the Broncos should make sure that it happens for much longer than that. If that means going against Craig Thompson's will and adding 12 teams, then so be it. If it means raiding the WAC of Nevada and Fresno State, then be my guest. If it means getting rid of the chaff of WAC-like also-rans, then go right ahead.

Boise State is risking a lot by going to the Mountain West Conference. They would be wise to ensure that their investment is worth it.

5. Demand that the rest of the conference goes easy on us in basketball

We're not that good yet.

What do you think Boise State should demand if and when Mountain West expansion happens? Is an escape clause a realistic idea? Would you prefer an eight-game or nine-game conference schedule? Share your thoughts in the comments.