The Broncos signed off yesterday on a 2011 season opener against Ole Miss, completing BSU's nonconference schedule for next next season and setting into motion some way-too-early predictions and analysis. Like this.

After the jump, get eight bits of info about BSU's 2011 schedule, including how big the Ole Miss game could get and what happens if Boise State joins the MWC, and weigh in with your thoughts in the comments. 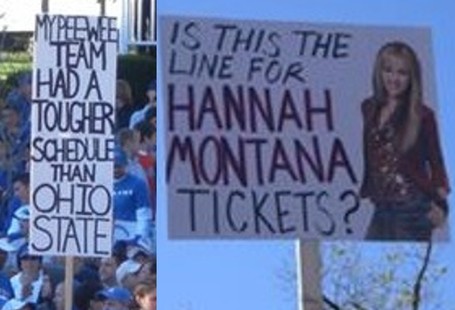 If a Boise State Gameday experience does not happen this season (BSU vs. Oregon State may be the most likely date), then Bronco fans may not have to wait too long into 2011 to see Gameday dreams finally achieved.

With an assist from the Internet, here are the top games scheduled so far on opening weekend 2011.

One factor potentially standing in the way is the matchup in the 2011 Chick-fil-A Kickoff Classic. On 2009's opening weekend, the ESPN crew visited the Georgia Dome for Alabama vs. Virginia Tech at the Chick-fil-A Kickoff Classic and they were at the Classic the year before that. With the two teams yet to be decided for 2011, a big-time matchup is still a possibility.

The non-conference schedule is set in stone and the WAC schedule, since it rotates every other year, will be the same as 2009's. As such:

3. Boise State's complete home and away schedule if there is a God and he loves BSU enough to put them in the MWC

Of course, there definitely still exists the possibility that the Broncos will not be playing in the WAC in 2011 if Craig Thompson and his MWC brain trust get their act together. The realignment rules:

If so, here are the teams that would be on the Broncos' 2011 schedule

Adding Boise State would make the Mountain West a 10-team conference, and since you typically only play eight conference opponents per season, one of these schools would likely be left off Boise State's 2011 sked. Please let it be New Mexico.

Note: For speculation sake, here is my best guess at home and away games on a MWC schedule. Home: Utah and Wyoming (already home dates in 2011), Air Force, San Diego State. Away: BYU (already a home game in 2012 ), TCU, Colorado State, UNLV. 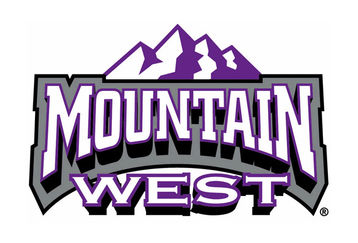 4. How Boise State's schedule changes if the Broncos get invited to MWC

That means Gene Bleymaier would have some more work to do (and not just in figuring out appropriate compensation for the contracted series with Wyoming and Utah that were never finished). The Broncos have five non-conference opponents in 2011 because a road game at Hawaii is on the schedule (the NCAA allows an extra game to traveling teams to recoup some of the costs of the long trip). With no Hawaii, Boise State will almost certainly lose the ability to have the extra game.

That leaves one opening in 2011. What might Bleymaier and the Broncos do with the open date?

2010 is the year that Boise State is supposed to challenge for a national championship. So what is 2011? Chopped liver?

For sure, the Broncos will not return as many starters as they do this season because, really, who has ever heard of any team returning 20 of 22 starters? Here is a list of the starters who will be gone after 2010.

Of course, the Broncos will have Kellen Moore coming into his senior season, a healthy stable of running backs, pretty much the entire offensive line, and enough working parts on defense to give opposing teams fits.

6. Labor Day or bust or maybe even Thursday night

The Broncos are going to give this Labor Day thing a try in 2010 and they were guinea pigs for a very successful Thursday night opener last season against Oregon. Might something similar come of the matchup with Ole Miss in 2011?

The Pac-10 has been a willing partner in past years for Boise State non-conference games, but those times are changing, according to Jeff Caves' Twitter.

8. ESPN gets what it wants and wants what it gets

This is another good example of why the SEC’s huge television deal with ESPN over the next 15 years is important. UM assistant athletic director John Hartwell said ESPN was very instrumental in helping broker this matchup because they knew it would be an attractive television game.

I imagine that ESPN did not think the same thing about Nevada vs. San Jose State last season.