The Broncos returned to spring practice on Monday after a week off for spring break, and in a surprising turn of events, people were in attendance to cover it.

After the jump, see how far along D.J. Harper's rehab is coming, get stoked about an upcoming Ivan Maisel piece, and share your thoughts on Kellen Moore's jersey number, Aaron Burks' amazing catches, and whether or not we even need beat reporters any more. No offense, Dave Southorn.

Visual proof that D.J. Harper will be ready by Labor Day

I do not have a press pass, but I feel like I do every time that Boise State posts a mic'ed up coaches video. From Monday, here is RB coach Keith Bhonapha:

(Note: If embedded video does not work, click on over to BroncoSports.com to watch. Plus, Chicago Connection banner ads. Yum.)

Yelling at Drew Wright and Carlo Audagnotti was a major theme, but so too was the appearance of a certain padless running back. D.J. Harper, in the latter stages of ACL recovery, has been said to be participating in spring drills, so I can only assume that the shifty, shirted tailback running the gauntlet with the RBs was Harper.

How did you think he looked? I am biased and eternally hopeful, so take my reaction with a grain of salt. I think he looked as smooth and fluid as any of the other running backs going through the drills with him. The only hesitation I saw was when he ducked away from contact, which is probably best for someone who is getting used to new knee ligaments. I avoided walking outdoors for three weeks when I skinned my knee last month. I can relate.

Harper looked like he will be ready for Labor Day. Agree? Disagree? 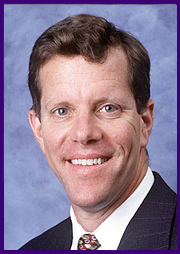 ESPN personality of the day

Courtesy of IPT's Dave Southorn, it appears that ESPN's Ivan Maisel was at spring practice yesterday. Graham Watson must be so jealous.

ESPN's Ivan Maisel took in practice and shot a piece that will run on TV in the near future.

It will most likely be sandwiched between a Beano Cook interview and a Mark May rant.

Maisel was kind enough to share a bit of extra info from his practice date with the Broncos, and of particular interest was his story about Coach Pete's visit to Oregon last week.

While in Eugene, Petersen spent 20 minutes chatting on the sideline with a former Duck running back: LeGarrette Blount, who served a lengthy suspension for throwing a postgame punch at Boise State last September.

Rick Reilly has retained the life rights to this 20-minute chat.

There is no Dustin Lapray quote today due to the Magic Valley Times-News not having a sports budget.

What did you think of D.J. Harper's recovery? Looking forward to Ivan Maisel's impending hyperbole? Wish Kellen Moore was more like Drew Bledsoe? Share your thoughts in the comments.