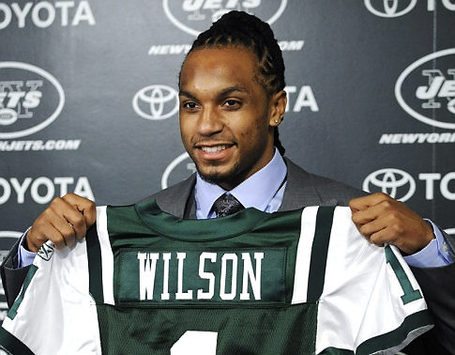 On Thursday evening, Kyle Wilson became the second ever Bronco player to be selected in the first round of the NFL Draft. After sky-rocketing up draft boards in the months and weeks leading up to the big day, many were a little surprised that Wilson was still around when the Jets grabbed him with pick number 29. Some in the media have suggested that Wilson's stock dropped due to lack of elite college competition...others have proposed that the virtually spotless ex-team captain had off-field issues. One writer even referred to him as a "bad boy". So what exactly were these character issues and off-field problems that led to Wilson suffering the gross indignity of being selected 29th? I did some searching. Let's just say, they were right to be concerned.

After the jump, I'll lay WIlson's rap sheet out for all to see. Prepare yourselves.

That's all I could dig up. If you've been able to unearth any more shocking Kyle WIlson transgressions that might have contributed to his slide...as a public service, let us know in the comments.